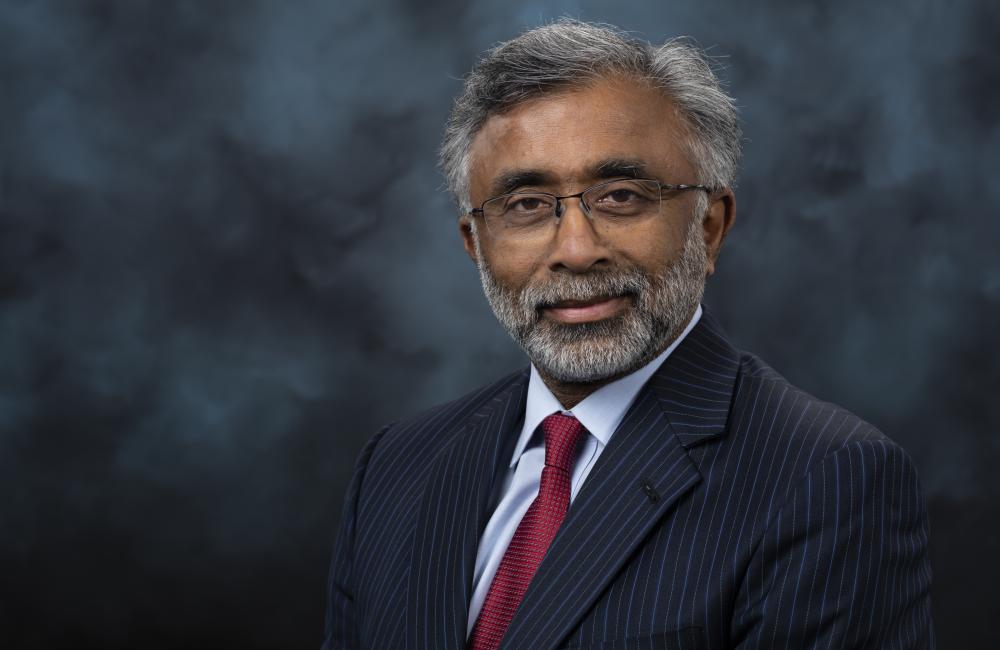 Thomas Zacharia announced his intent to retire as director of Oak Ridge National Laboratory at the end of 2022.

Dr. Thomas Zacharia announced his intent to retire as director of Oak Ridge National Laboratory at the end of 2022, the culmination of a 35-year career at the nation’s largest science and energy laboratory.

Zacharia has served as laboratory director since July 2017, overseeing the lab’s extensive $2.5 billion research portfolio and staff of nearly 6,000.

“An incredible leader, extraordinary collaborator and powerhouse innovator, Thomas is leaving a profound impact on ORNL and the world,” said Randy Boyd, University of Tennessee system president and chairman of the UT-Battelle board of governors. UT-Battelle operates ORNL for the Department of Energy’s Office of Science.

In his tenure as lab director, Zacharia spearheaded significant growth in ORNL’s staff and portfolio, established new research initiatives, and guided the lab through the COVID-19 pandemic.

Among milestones in Zacharia’s tenure as director, the laboratory has:

“I am very optimistic about ORNL’s future and in its pursuit of excellence—to be among the premier research institutions in the world,” Zacharia said in a message to staff members. “I am very proud that mission and service continue to define ORNL on the eve of its 80th anniversary. We are stewards of an amazing legacy, and there comes a time when we all must pass that responsibility along.

“When people ask me what I will miss most, there is no doubt it is our staff, who have always been our most distinguishing strength,” Zacharia continued. “The breadth of talent of our people and their dedication to cutting-edge research is awe-inspiring. We have an amazing and talented team that will continue to lead and propel this institution forward.”

Zacharia joined ORNL in 1987 as a postdoctoral researcher and rose through a series of leadership positions in computing, including establishment of the Computing and Computational Sciences Directorate in 2001. Before being named ORNL director, he served as Deputy for Science and Technology, overseeing all of the Laboratory's R&D programs.

The UT-Battelle board of governors will conduct a search for the next lab director. UT-Battelle — a partnership of the University of Tennessee and Battelle Memorial Institute — has served as ORNL’s management and operating contractor since 2000.