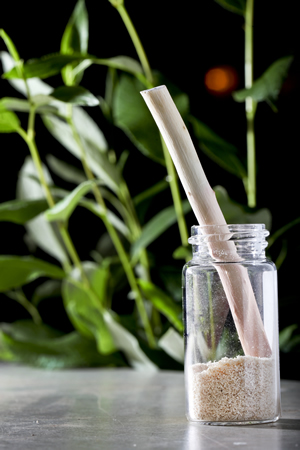 April 4, 2013 — The Department of Energy has announced renewed funding for bioenergy research toward liquid biofuels that add an affordable, sustainable, domestically produced option to the nation's energy supply.

The BioEnergy Science Center (BESC), led by Oak Ridge National Laboratory (ORNL), is one of three bioenergy research centers established by the Energy Department in 2007 to conduct basic and use-inspired scientific research to accelerate progress toward a viable biofuels market based on lignocellulosic feedstocks as the fuel source. The Department of Energy today pledged continued support to the three centers, following positive evaluations of the centers' performance by outside peer review teams. The DOE announcement is available here: http://energy.gov/science/news/in-the-news/2013/04-04-13/.

"BESC has embraced the challenge of pulling together a team of more than 300 researchers distributed across 18 academic and commercial partners," said BESC director Paul Gilna. "We see the acknowledgement of our strong science performance as a recognition of our success in operating BESC as a high-functioning collaborative team, where the whole is truly greater than the sum of its parts."

BESC's goal is to enable revolutionary breakthroughs in overcoming biomass recalcitrance—the resistance of plant walls to releasing their sugars for conversion to alcohol. The aim is to enable the use of lignocellulosic biomass—wood and grass, mainly—to produce transportation fuels.

Ethanol is easily produced from corn, but corn ethanol raises concerns about using a food crop for fuel. In addition, growing and harvesting corn requires almost as much energy as it produces. Lignocellulosic biomass is an attractive option because it is abundant and renewable; comes from non-food sources, including agricultural and wood waste; and can be grown on semi-agricultural lands less amenable to food crop production.

"In these first five years, we have established a considerable body of knowledge underlying the basis of recalcitrance in plants," Gilna said. "Based on our research, we have demonstrated technology improvements that address a number of choke-points in the process of generating biofuels from lignocellulosic biomass. Our goals for the coming years will be to deepen the scientific validation for the best of these improvements."

Examples of accomplishments in BESC's first five years include creating a modified switchgrass with an improved biofuel yield that has now reached field trials with a commercial partner, and developing a genetically modified yeast that has the added ability to digest sugars from plant cellulose, along with its inherent ability to ferment the sugar into biofuels.

"With nearly 500 publications under our belt along with over 100 invention disclosures, some of which have already been licensed, we believe we have redefined the boundaries of recalcitrance research. This will accelerate the rate of discoveries and developments that will serve to enhance the emergent cellulosic biofuels enterprise," Gilna said.

The center's research focuses on three areas: biomass formation and modification—"making better bioenergy plants"; biomass deconstruction and conversion— "making better biofuel-producing microbes"; and the enabling technologies of characterization and modeling. The BESC approach involves; (1) Genetically designing plants, or discovering naturally occurring plants, with cell walls that can be deconstructed rapidly and easily; and

(2) Engineering improvements in enzymes and microbes that can convert plant biomass to biofuels in a single step.

BESC's ability to design, conduct, and analyze wide-ranging experiments such as genotyping and high-throughput recalcitrance phenotyping studies of large-scale plant feedstocks has been key to its success in overcoming the biological and technical barrier of biomass recalcitrance.

New insights into plant genetics, cell wall composition and cellulose conversion are emerging from laboratory experiments, characterization techniques such as neutron scattering and microscopy, computer simulation and expanded genetic databases. The new knowledge is used to build better understanding and models of lignocellulose destruction, which will lead to better processes for releasing sugars for biofuel production.