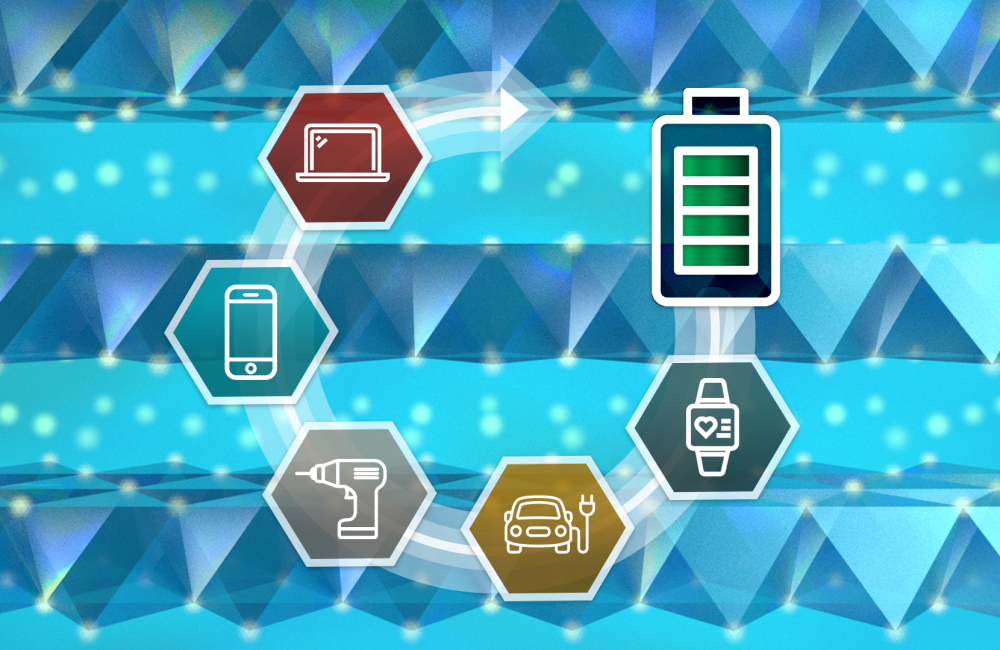 Two of the researchers who share the Nobel Prize in Chemistry announced Wednesday—John B. Goodenough of the University of Texas at Austin and M. Stanley Whittingham of Binghamton University in New York—have research ties to the Department of Energy’s Oak Ridge National Laboratory, where scientists use neutrons to seek new insights into materials and chemical processes for improved battery performance.

Goodenough and Whittingham were recognized, along with Akira Yoshino of the Asahi Kasei Corporation in Tokyo, for the development of the lightweight lithium-ion battery. Their work in earlier years laid the foundation for the rechargeable batteries used to power smartphones, cameras, electric cars, tablets and lifesaving medical devices.

Years after pioneering the research that earned them the Nobel Prize, Goodenough and Whittingham made even more contributions to lithium-ion batteries using neutron scattering at ORNL’s High Flux Isotope Reactor (HFIR) and Spallation Neutron Source (SNS). Neutrons are ideal for studying lithium because they are nondestructive and highly sensitive to light elements like lithium.

Between 2010 and 2016, ORNL collaborated with Goodenough on a successful project supported by DOE’s Office of Basic Energy Sciences (BES) entitled, “Materials and Interfacial Chemistry for Next-Generation Electrical Energy Storage.”

“The goal was to provide predictive understanding of the structure, interfaces and properties of certain materials to enable the realization of a safe, rechargeable battery for electric energy storage,” said Sheng Dai, a leader of the Nanomaterials Chemistry group at ORNL. “We wanted to develop a battery with a high enough energy density and rate of energy storage and delivery at a low enough cost that would make it competitive with fossil fuels.”

According to Dai, the project greatly benefited from several facilities and capabilities at ORNL, especially HFIR and SNS, which were essential to elucidating detailed chemical processes happening in solid-electrolyte interphases and cathode materials.

“The elemental sensitivity of the neutron methodologies is crucial to the atomistic structural characterization of battery materials, which is impossible or very difficult to achieve via any other characterization method,” said Dai.

In the last 10 years, Goodenough made prolific use of ORNL’s suite of neutron scattering instruments at HFIR and SNS which led to a series of impactful publications and is paving the way for the next generation of researchers to carry on.

M. Parans Paranthaman, leader in ORNL’s Materials Chemistry group, did his postdoctoral research with Goodenough from 1988 to 1991 and worked with him from 2010 to 2016 on the BES materials science project.

He said Goodenough, in 2015, at age 93, was writing his paper and patent application while he was traveling on a plane from Nashville to Knoxville.

“He is such a hard working and dedicated person. He is a role model for all of us.”

Goodenough, 97, is the oldest Nobel laureate, but is still very active in research. The three winners will share more than $900,000 in prize money. The announcement was made at the Royal Swedish Academy of Sciences on Wednesday morning.

From the Nobel citation: “Goodenough predicted that the cathode would have even greater potential if it was made using a metal oxide instead of a metal sulphide. After a systematic search, in 1980 he demonstrated that cobalt oxide with intercalated lithium ions can produce as much as four volts. This was an important breakthrough and would lead to much more powerful batteries.”