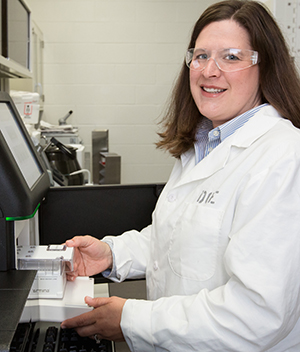 OAK RIDGE, Tenn., April 14, 2015 – Scientists focused on producing biofuels more efficiently have a new powerful dataset to help them study the DNA of microbes that fuel bioconversion and other processes.

In a paper published in Nature Scientific Data, researchers from the Department of Energy’s Oak Ridge National Laboratory, North Carolina State University and LanzaTech describe methods and results for sequencing the Clostridium autoethanogenum bacterium. These and other microorganisms play important roles in biofuels, agriculture, food production, the environment, health and disease.

Armed with this knowledge, researchers can modify and optimize the microbes to convert waste into fuel or chemicals. The new Nature journal is dedicated to making scientifically valuable datasets more accessible, and as a result, ORNL scientists envision additional advances over the next few years.

“The publication of this genome dataset comprised of high-quality results can serve as a benchmark to assist others in developing new sequencing technologies and computational algorithms,” said Steve Brown, a co-author and member of ORNL’s Biosciences Division.

This particular microbe, classified as complex because of its more than 4.3 million base pairs of DNA, posed a significant challenge to scientists who used five sequencing technologies to achieve their results. Brown also noted that the dataset represents three generations of sequencing technologies and contains six types of data from four next-generation sequencing platforms.

“These data are comprehensive and there are few similar examples,” Brown said. “We see the data being used in a variety of ways, as a benchmark for new sequencing technologies and testing new bioinformatics algorithms for microbial genome sequences.”

The team’s publication builds on work published last year in Biotechnology for Biofuels, in which researchers announced they had sequenced the entire genome of the Clostridium autoethanogenum bacteria. In this paper, researchers included the raw sequence data generated from a PacBio instrument that produces valuable long DNA reads.  The previously unpublished data from N.C. State are now accessible via the new journal.

Brown noted that researchers around the world will now be able to study Clostridium autoethanogenum DNA methylation motifs – naturally occurring chemical modifications – in their efforts to understand and exploit them for genetic engineering.

Co-authors of the paper are Dawn Klingeman of ORNL, Sagar Utturkar of the University of Tennessee, José Bruno-Barcena, Mari Chinn and Amy Grunden of N.C. State University and Michael Köpke of LanzaTech, a biotechnology company based in Illinois.

The research was supported by the DOE Office of Science (Office of Biological and Environmental Research), LanzaTech and N.C. State University. 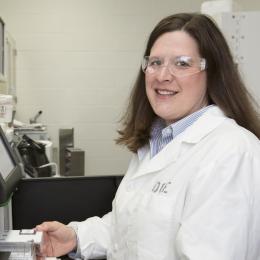