Neutrons tap into magnetism in topological insulators at high temperatures 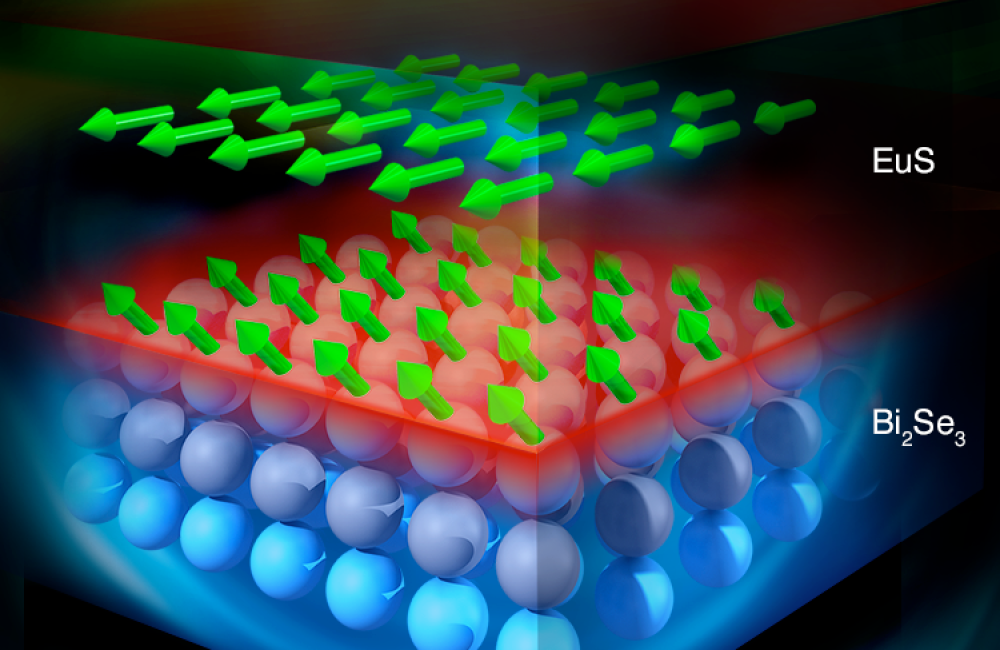 OAK RIDGE, Tenn., May 9, 2016 – A multi-institutional team of researchers has discovered novel magnetic behavior on the surface of a specialized material that holds promise for smaller, more efficient devices and other advanced technology.

Researchers at the Department of Energy’s Oak Ridge National Laboratory, Massachusetts Institute of Technology and their collaborators used neutron scattering to reveal magnetic moments in hybrid topological insulator (TI) materials at room temperature, hundreds of degrees Fahrenheit warmer than the extreme sub-zero cold where the properties are expected to occur.

The discovery promises new opportunities for next-generation electronic and spintronic devices such as improved transistors and quantum computing technologies. Their research is discussed in a paper published in the journal Nature.

TIs are relatively new materials, said Valeria Lauter, coauthor and instrument scientist at the Spallation Neutron Source, a DOE Office of Science User Facility at ORNL. A unique property of TIs is that electrons can flow on the surface without dissipation, while the bulk of the material serves as an electrical insulator—ideal for semiconducting materials.

“The properties of TIs are fantastic,” Lauter said, “but in order to use them in devices we need to be able to introduce magnetism on the surface without disturbing the bulk insulating properties of the material.”

This can be achieved in two ways: by impurity doping, where magnetic atoms are incorporated onto the TI surface, or by proximity coupling, where magnetism is induced by interfacing the TI with a layer of ferromagnetic insulating film.

The first method presents a problem, however. Doping can cause magnetic clusters if the atoms are not uniformly distributed, resulting in decreased electron transport controllability. Proximity coupling, on the other hand, can be obtained on clean, atomically sharp interfaces with crystalline orientations between two materials.

“The first challenge is to grow the system,” she said. “The second is to measure its magnetism— not an easy thing to do when the small magnetic signals are hidden between two materials.”

The bulk EuS itself presents a particular challenge in that it’s limited by a low Curie temperature (Tc), the temperature at which a material ceases to demonstrate ferromagnetic behavior—in this case a temperature of approximately 17 kelvins (17 K), or negative 430 degrees Fahrenheit, well below a suitable room temperature for electronic devices.

To identify the hidden magnetic signals, Lauter used a polarized neutron reflectometry (PNR) technique at the Magnetism Reflectometer instrument on SNS beam line 4A. Neutrons are well-suited for this type of detection because of their sensitivity to magnetism and their innate ability to pass through materials in a nondestructive fashion, elucidating structural and magnetic depth profiles. Likewise, PNR is suited to studying Bi2Se3-EuS interfaces because it is the only technique that can measure the absolute value of magnetic moments in the materials.

The first sample measurements were taken at 5 K, well below the EuS Tc of 16.6 K. From there, Lauter took measurements above the Tc, starting at 25 K, and to her surprise, the system was still highly magnetic.

“This was quite unexpected. Above this temperature [16.6 K] nothing in the system should be magnetic,” Lauter said. “So I measured at 35 K, then 50 K, and it was still magnetic. I measured all the way up to room temperature [300 K, 80 F] at several points and saw that a small magnetization was still present.”

Lauter notes at room temperature the level of magnetism is reduced by more than a factor of 10 compared to its 5 K value. Nevertheless, she says, it remains substantial considering no magnetism is found in EuS layers above 50 K without the TI interface.

To substantiate the results, subsequent measurements were taken using different samples with varying thickness combinations. Throughout the experiments, neutrons revealed that ferromagnetism extends approximately 2 nanometers into the Bi2Se3 from the interface.

“This discovery could open new doors for designing spintronic devices,” Lauter said. “Ferromagnetic surface states in TIs are also thought to enable the emergence of exotic phenomena such as Majorana fermions—potential building blocks for quantum computers.

“These are just the properties we know of today, and we’re continuing to find even more.”

Additional contributions and complementary measurements were obtained from DOE’s Argonne National Laboratory, Northeastern University, The Leibniz Institute for Solid State and Materials Research in Dresden, Ruhr University Bochum, the Saha Institute of Nuclear Physics in India, and the Department of Physics Ecole Normale Superieure in Paris.

The research conducted at ORNL’s Spallation Neutron Source was supported DOE’s Office of Science. The paper is available at http://www.nature.com/nature/journal/vaop/ncurrent/full/nature17635.html. 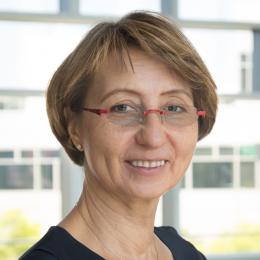