Merlin Theodore is used to the role of pathfinder, having been the first among her family of 11 siblings to pursue graduate studies and then take up a career as a technology innovator. That path led to the doorstep of Oak Ridge National Laboratory, where she was recently hired as director of the US Department of Energy’s Carbon Fiber Technology Facility (CFTF).

Settling in East Tennessee is a bit like coming home for Theodore. She has family in Atlanta and Birmingham and spent most of her academic career at Alabama’s Tuskegee University, although she began her studies at a North Carolina junior college on a softball scholarship. She earned her B.S. in chemical engineering, M.S. in mechanical engineering, and her Ph.D. in materials science and engineering at Tuskegee.

Along the way she worked for Bayer Pharmaceuticals, Georgia Tech, and Universal Technology Corporation (UTC) at Wright-Patterson Air Force Base as a research scientist and laboratory manager.

Her most recent position took her a bit farther afield, to Moses Lake, Washington, where she established a laboratory and promoted organizational excellence at startup SGL Automotive Carbon Fiber, one of the largest carbon fiber production facilities in the United States. While there, she boosted workflow efficiency 97% and achieved 94% cost savings by developing new testing methods to determine sizing concentration on fiber surface. She also played an instrumental role in resolving technical issues for automaker BMW.

Returning to the South and to East Tennessee, “I’m now about three-and-half hours from many of the friends I’ve made along the way, as well as family,” Theodore said.

Looking back over her academic and professional career, Theodore credits her father for setting high expectations for her as she grew up on the island of St. Croix, US Virgin Islands. While she was the first to earn a graduate degree in her family, among her siblings now you will find several with degrees in technical fields, including a sister with a Ph.D. in integrative biosciences, two sisters with a B.S. in Chemical Engineering, and a sister with a B.S. in Computer Science Engineering.  Theodore was expected to mentor her siblings as they sought their degrees, and she did—both directly and as a role model.

That knack for mentoring manifested itself in Theodore’s career as she expanded an internship program at UTC and guided staff at SGL.  She plans to continue helping young researchers with their career goals at ORNL. Theodore describes her new position at the lab as the “ultimate job.”

“It touches on all the areas I’ve been in, working in manufacturing, with the [Department of Defense], and in academia. The opportunities are endless here, and it’s just my first week,” she said during her interview in February 2017. “Being able to reach out to all the individuals here with expertise in multiple areas. You just don’t have that in private industry—or you have to pay for it. Here it’s at your fingertips.”

She is eager to begin strategizing with different groups at ORNL and to continue advancing the CFTF mission as the nation’s only open-access, semi-production scale carbon fiber technology center. “I want to get a full understanding of what the facility has to deliver as far as partnerships with industry, and I want to focus on the younger generation within the facility too, and how we can grow them as individuals,” Theodore said.

The 42,000-square-foot CFTF boasts a 390-foot-long processing line, demonstrating advanced technology scalability and producing market-development volumes of prototypical carbon fibers as the last step before commercial production. Producing cheaper carbon fiber and carbon fiber-reinforced composite structures would be a game-changer for industries such as automotive, airlines, renewable energy, oil and gas, and other infrastructure.

The facility has a thermal (conventional) conversion line, with the capability of producing 25 tons/year polyacrylonitrile (PAN)-based fiber, and can convert both melt-spun and solution-spun precursors.  It also has a melt-spun precursor fiber production line, which can produce up to 65 tons/year of polyethylene fiber and also spin lignin and pitch-based precursors in either tow or web form. ORNL is currently developing advanced conversion technology based on microwave and plasma processing technologies for the CFTF.

The CFTF is supported by DOE’s Office of Energy Efficiency and Renewable Energy’s Advanced Manufacturing Office (AMO) and Vehicle Technologies Office (VTO). AMO supports applied research, development and demonstration of new materials and processes for energy efficiency in manufacturing as well as platform technologies for the manufacturing of clean energy products. VTO supports research and development of a broad range of lightweight materials technologies to reduce vehicle weight and improve fuel economy. 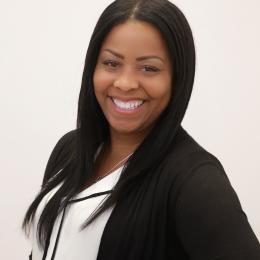