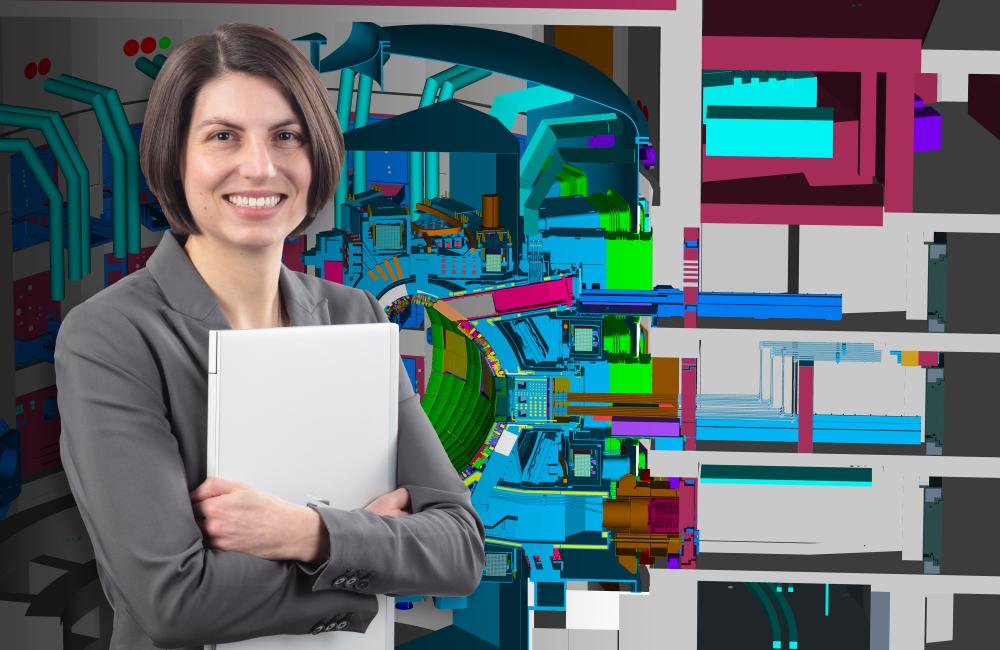 As a teenager, Kat Royston had a lot of questions.

Then an advanced-placement class in physics convinced her all the answers were out there.

“I liked how physics explained the things we saw in everyday life,” said Royston. “I thought it was really cool that you could learn those basics, and it would explain the world.”

That began Royston’s love affair with physics. She discarded her dream of being a veterinarian to pursue a bachelor’s degree in physics and a master’s degree in medical physics, then went on to be one of Virginia Tech’s first two doctoral graduates of its newly revived Nuclear Engineering program.

The change put Royston — who joined the Department of Energy’s Oak Ridge National Laboratory five years ago as a postdoctoral research associate and is now a research and development staffer in the Reactor and Nuclear Systems Division — right where she wanted to be: solving challenges for the international nuclear community.

“I like having a big, tricky problem in front of me that I have to wrap my mind around and come up with a solution for,” she said. “I never get tired of that excitement: when you finally figure something out.”

Royston’s ORNL career has had her working with the Joint European Torus, or JET, currently the world’s largest fusion experiment, and ITER, the international plasma fusion device under construction in southern France.

Royston used the Denovo radiation transport code on ORNL’s now-decommissioned Cray XK7 Titan supercomputer to calculate the movement of neutrons along streaming paths, as well as the amount of energy released in matter, for JET. She compared her data to researchers’ previous estimates, then to data from JET experiments and calculations from the Shift Monte Carlo code and the MCNP, a general-purpose Monte Carlo N-Particle code that can be used for neutron, photon, electron or coupled neutron/photon/electron transport. The results helped validate codes with experimental data so they can be used for the design of systems of the future, such as ITER.

“It’s not very often that I get to compare to experimental data, so I got very excited,” Royston said. And she relished her first chance to use a supercomputer, which carries out calculations simultaneously across multiple processors to solve very large problems: “The ability to run a problem that might take a week and run it in a few hours is game-changing — and that’s in addition to having the ability to run problems we couldn’t even run at all before.”

Her work for ITER has focused on the fusion device’s shield design — how much radiation reaches adjacent structures, where people are working — and radiation dose calculations, including how much radiation electronic components in the reactor complex can withstand and how soon people can safely enter an adjacent irradiated area to perform maintenance.

In addition, she worked on challenges associated with the lab’s production of plutonium-238, created by irradiating pellets of neptunium-237 in ORNL’s High Flux Isotope Reactor, a DOE User Facility that produces beam lines of neutrons used in various experiments. That neptunium isotope then becomes neptunium-238 that quickly decays into plutonium-238. ORNL uses a chemical process to separate the plutonium from the remaining neptunium, then converts it into an oxide to be stored for later use as the power source by NASA in deep space missions.

Royston’s work looked at whether the irradiation of the pellets in HFIR would interfere with experiments taking place down the beam line. She said she was excited to work with an operating reactor.

“I didn’t want to be just a theoretical physicist,” she said. “I wanted to work on things that were actually being built.”

Royston said people often have difficulty understanding her work in radiation transport. “I’ve had people ask me, ‘Are you talking about moving radioactive material on a truck?’” she said.

Actually, Royston explained, radiation transport deals with modeling the way particles move through matter. In her work, she shifts seamlessly between fission and fusion research.

“The size of the problems and the energy ranges differ between fission and fusion, but I can use a lot of the same tools and methods,” she said. “Sometimes I’m working on a fusion problem and I think, ‘I could bring this over to fission and use it.’”

Such opportunities are one reason she chose ORNL.

“During the last couple of years of my PhD, I started looking around for what I wanted to do next, and I was really drawn to the national labs,” she said. “I wanted one with a nuclear focus, which narrowed it down, and ORNL was obviously the best choice. I got my dream job when I got this job.”

Royston especially enjoys the climate of collaboration the lab fosters.

“I like working with other people, and people here are friendly and eager to share their knowledge,” she said. “I can walk down the hall and find an expert on anything I’m having a problem with.”

Royston’s hybrid background made her a good fit in her group, she said, where one focus is bringing in different ideas and technologies to apply in new ways. She’s been happy to work on DOE’s Exascale Computing Project, a multilab collaboration to launch a capable exascale computing ecosystem that will deliver 50 times more computational and data analytic application power than what is currently possible.

In her free time, Royston becomes a chemist, homebrewing beer with her husband. She enjoys volunteering with programs to introduce young women to coding and other science careers, such as through the local chapter of the American Nuclear Society and with Oak Ridge Computer Sciences Girls, a Saturday-morning coding club for middle school-age girls.

Her original interest in animals remains: She has a dog, a cat and a parrot. She also enjoys running — especially outdoors.

“I think all nuclear engineers have a bit of environmentalist in them,” she said. “I want to feel like I’ve contributed and made an impact in my field.” 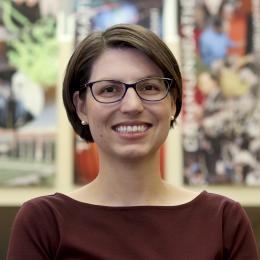