In its 15th year, INCITE advances open science with supercomputer grants to 47 projects 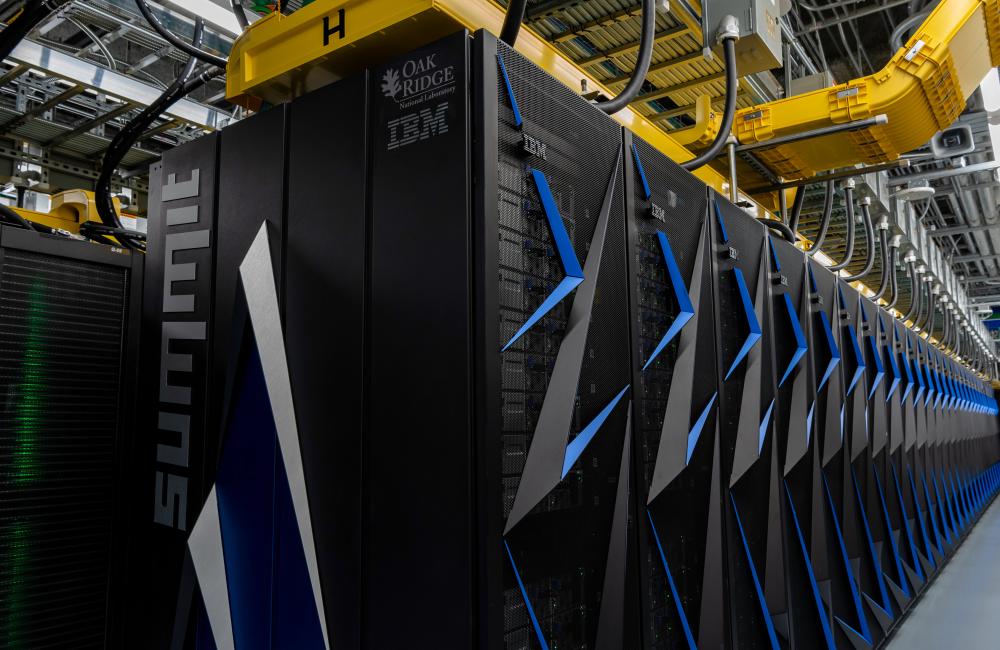 In 2020, 39 INCITE projects will run on the Summit supercomputer.

OAK RIDGE, Tenn., Nov. 18, 2019—The U.S. Department of Energy’s Office of Science announced allocations of supercomputer access to 47 science projects for 2020—awarding 60 percent of the available time on some of the nation’s most powerful supercomputers, with the ultimate goal of accelerating discovery and innovation.

For the past 15 years, the DOE’s Innovative and Novel Computational Impact on Theory and Experiment program has tackled science’s most difficult problems by giving researchers the opportunity to conduct their work on the world’s most powerful computers. Scientists from academia, industry, and national laboratories have explored a wide range of inquiry, from the formation of galaxies to the molecular dynamics of construction materials.

Jointly managed by the DOE’s Leadership Computing Facilities at Argonne National Laboratory and Oak Ridge National Laboratory, INCITE is the primary means by which the facilities fulfill their mission to advance open science by providing the scientific community with free access to their singular computing resources.

“INCITE resources have provided the opportunity for increasingly ambitious data and computationally-focused science and engineering projects,” said James Hack, director of the National Center for Computational Sciences, which houses the Oak Ridge Leadership Computing Facility, a DOE Office of Science User Facility. “This year’s awards include a very strong and diversified collection of scientific investigations, many of which will build foundations for computational exploration on the coming generation of exascale machines.”

Open to any researcher or research organization in the world with a computationally intensive project that’s pursuing transformational advances in science and engineering, INCITE’s application process is highly competitive. For the 2020 allocation period, the total number of node hours requested by applicants was more than three times what the program plans to award.

During a four-month span, INCITE proposals are assessed by 10 peer-review panels composed of international experts, with each panel representing a different scientific discipline. The proposals are also evaluated on a technical level by each computing facility for computational readiness and scalability of the project’s code and its algorithms. Finally, the INCITE awards committee makes its selections based on those recommendations.

The INCITE program launched in 2004 with just three inaugural projects totaling nearly 5 million core hours (core hours, in terms of allocation currency, represent far less computational power than the current measure of node hours). The fastest supercomputer available for INCITE at that time was the National Energy Research Scientific Computing Center’s IBM supercomputer “Seaborg,” which offered 10 teraflops of computational power. Today, with the rapid advancement of computer technology, both the Argonne and Oak Ridge Leadership Computing Facilities have exponentially increased their computing capabilities. The Argonne Leadership Computing Facility’s current machine is Theta, an 11.69-petaflop Cray XC40 system whose 280,000-plus cores make it ideal for research at the nexus of simulation, data science, and machine learning. The Oak Ridge Leadership Computing Facility, meanwhile, is home to the 200-petaflop supercomputer Summit, an IBM AC922 machine that debuted in 2018 as the most powerful computer in the world.

Over 15 years, INCITE hosted more than 700 projects that explored nearly every realm of known science. In 2020, 14 more projects will run on Theta and 39 projects on Summit, where six of these projects will receive an allocation on both systems.

“Our INCITE portfolio is quite diverse, with projects that come from the geosciences to plasma physics to engineering simulations, among a few,” said Judith Hill, INCITE project manager. “Our program is not static and continues to evolve.  For example, we have started to see traditional modeling and simulation projects invoking deep learning methodologies in their production campaigns.  In addition, this year we were excited to receive several fundamental deep-learning proposals investigating algorithmic improvements that would efficiently use Summit and Theta, the predecessors to future exascale architectures.”

Highlights of the 2020 allocations include:

For a complete list of 2020 INCITE awards, please visit: http://www.doeleadershipcomputing.org/awardees/

The DOE’s Office of Science is the single largest supporter of basic research in the physical sciences in the United States and is working to address some of the most pressing challenges of our time. For more information, please visit http://energy.gov/science