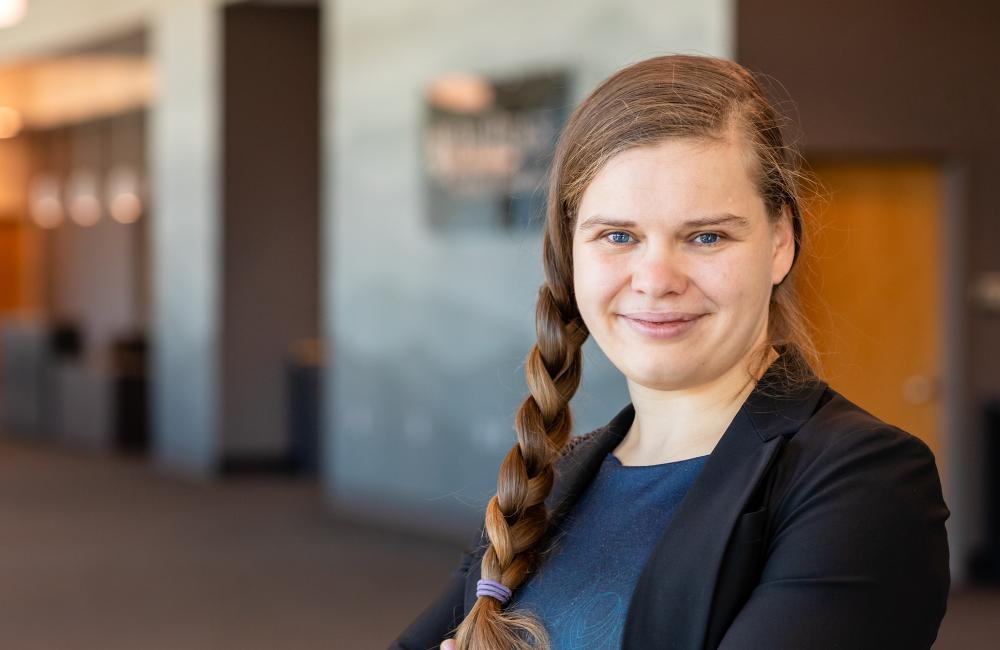 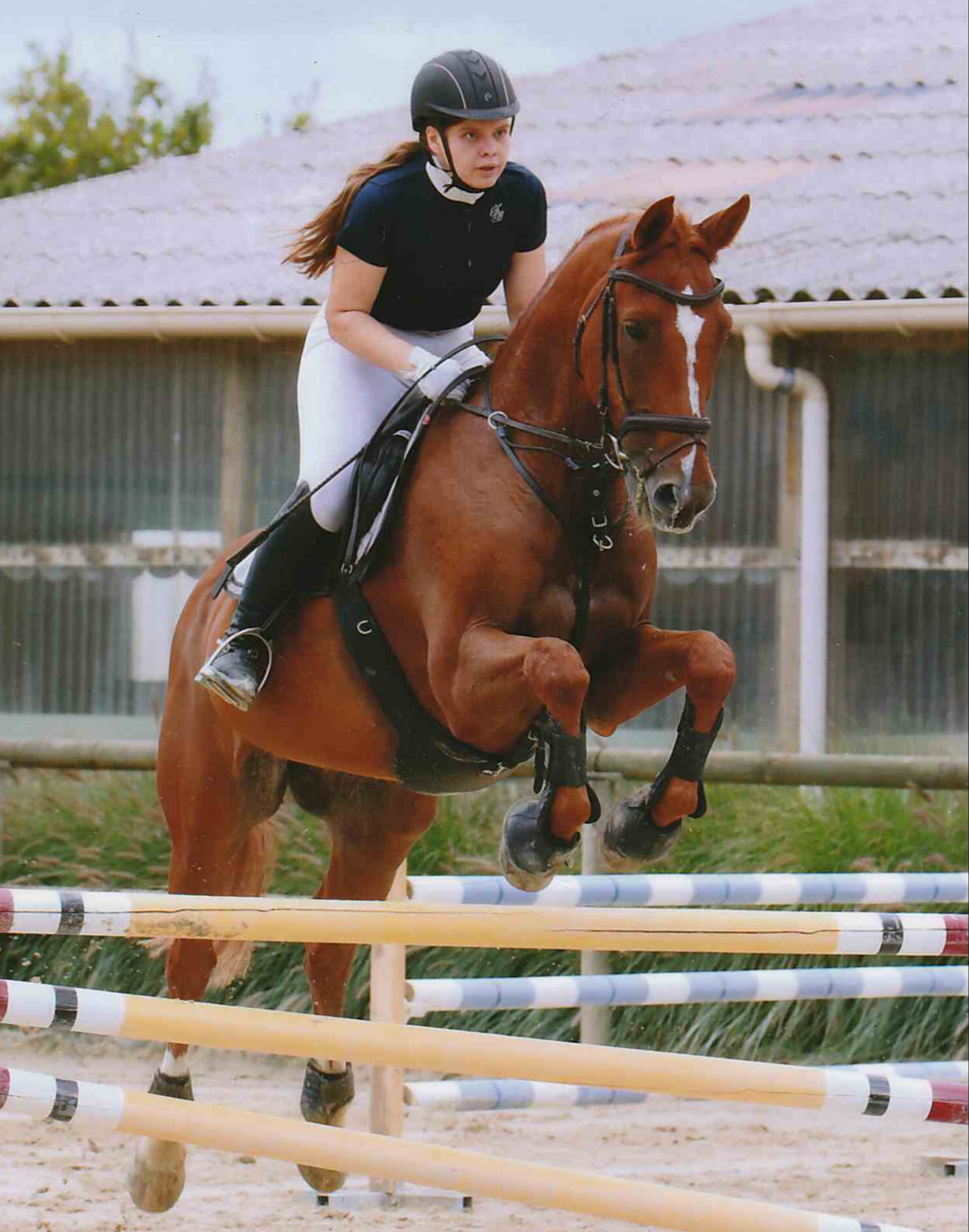 Friederike competes with her horse Leon in cross country, dressage, and normal jumping. She has raised the German half Trakehner since he was 2 years old.

Friederike Bock, a Eugene P. Wigner Fellow, wants everyone to know scientists aren’t just robots—they want to help others understand their research, and they have wide-ranging interests.

Bock, who grew up in Germany, studied heavy ion physics as a PhD student. Her dissertation focused on establishing when the quark-gluon plasma might emerge in small nucleus collision systems and what the plasma’s heat signature might be when it appears.

Bock earned her PhD in physics through a joint project of Lawrence Berkeley National Laboratory and the University of Heidelberg. She then spent two years in a fellowship at CERN, the European Organization for Nuclear Research, in Switzerland.

“I very much like to convey my passion for science,” Bock said. “At home, I like to go to my former high school to talk to students, and I joined outreach activities at CERN, where I gave a lot of tours of our experiment.”

With a mathematics-and-physics-teacher mother and an engineer father, Bock was curious from the start, and she says she always wanted to study physics. “It just fascinates me how we can see the universe expand and then directly link this to subatomic particles,” Bock said. “We really need to understand the basics, and then we can examine the other scales.”

Bock, an astrophysics buff, chose to pursue heavy ion physics because it connects very well with the study of the early beginnings of the universe—the stuff of astrophysics—allowing her to examine the possibility of generating the same physical states that existed early on. “That was my middle way,” she explained.

As a Wigner fellow, Bock will continue working to improve the measurement of the photon signals in heavy ion and intermediate collision systems. “Quark-gluon plasma is the hottest material in the universe,” she said. “If we want to really understand how hot it gets, we need to improve our measurements significantly.”

Our understanding of the highly energetic collisions undertaken in particle colliders such as the Large Hadron Collider at CERN, she says, and their implications to the theory, is partially limited by our knowledge of proton and ion substructures.

How substructures look under examination depends on the strength of the lens you are using: the higher the energy of the probing particle, the more detailed your view of the substructure. “Essentially, it’s like a glass you’re filling with big stones,” she said. “You think the glass is full, but you can still fill it with smaller stones. You find the glass is still not full. You add sand, then water.”

“It’s similar for a proton or ion under examination,” she continues. “Each time we increase the energy of the probing particle, we see more particles popping up, but because they are smaller, they carry a smaller fraction of the energy of the proton and exist only for an incredibly short amount of time.”

When Bock is not reading up on astrophysics or studying heavy ion physics, she likes to draw and ride her horse Leon, a chestnut-colored German half Trakehner. She and Leon really have grown up together. She assisted at his birth and has raised him since he was 2 years old—he’s now 17.

Leon and Bock compete in cross country, dressage and normal jumping, and she looks forward to competing with him here in the United States in the next few years. “Such long travel is very difficult for a horse, so this year we won’t compete,” Bock said. “He had 11 days of travel including a layover in the Netherlands, a 9-hour flight, and then he was quarantined in New York before he could come to Tennessee.”

Bock also enjoys drawing, including creating illustrations for her physics presentations. “I want, in particular, for students to understand what I am talking about, and that is often pictured better in a imaginative drawing than a classical technical figure,” she said.

She also loves to surprise her friends and relatives with paintings or drawings as presents. “I am normally not so much inspired by something I see, but rather by the person I am doing it for. I want to give them something to think about and enjoy. Lots of times, the paintings end up being very realistically drawn objects, people, or animals, but in rather unconventional configurations as my imagination likes to run a bit wild,” Bock explains, smiling.

Tom Cormier, who leads ORNL’s Heavy Ion Reactions Group, is Bock’s fellowship mentor. In addition to her practical examination of photon measurements, she hopes to have the opportunity to understand photons better from a theoretical point of view. She and her colleagues are examining how their measurements might be misunderstood by theorists given that they are so complex.

Bock mused, “I’m kind of trying to be the bridge between the theory and the experiment, hoping to make them match.” 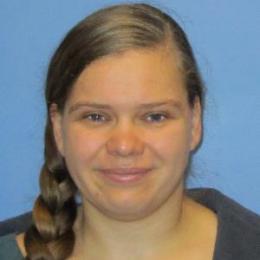