December 17, 2018 – More than 70 years ago, United States Navy Captain Hyman Rickover learned the ins and outs of nuclear science and reactor technology at the Clinton Training School at what would eventually become the Department of Energy’s Oak Ridge National Laboratory. Rickover applied his knowledge towards the creation of the US Navy’s nuclear-powered ships and submarines, earning him the moniker of “father of the nuclear navy.”

Decades later, ORNL researchers like Clarice Phelps carry on the Navy Nuke legacy and use their nuclear expertise to solve some of the grand challenges of science.

After graduating from Tennessee State University with a degree in chemistry, Phelps joined the Navy Nuclear Power Program, partly out of fascination and partly to dispel some of the fear others had towards the field.

“What drew me to nuclear science was the mystery of it,” she said. “No one I knew was in that field, so I wanted to know more about it and thought it was something really interesting to take on.”

The Navy taught her about nuclear power, reactor theory and thermodynamics, but it also instilled fundamental lessons that she still uses in her work at ORNL.

“You build a very good work ethic, making sure that whatever you do is done right the first time,” Phelps said. “That means putting a lot of forethought into what you do before you even go into it. It helps to have a ‘Type A’ personality in this type of work.”

This conscientiousness and meticulous nature are necessary for the type of sensitive work Phelps performs as project manager of ORNL’s nickel-63 and selenium-75 industrial use isotope programs. She is also a researcher in the Medical, Industrial and Research Isotopes Group (MIRIG), where she works on the separation and analysis of elements such as europium, samarium, actinium and lanthanum.

Phelps also has experience with several large, notable research projects. She has collaborated with researchers at Argonne National Laboratory’s Californium Rare Isotope Breeder Upgrade (CARIBU) to electroplate platinum and stainless-steel plates with californium-252 to analyze nuclear fission fragments. She has also contributed work on plutonium and neptunium for NASA’s plutonium-238 project. Additionally, she was also on the team tasked with purifying the berkelium-249 used to confirm the discovery of element 117, tennessine.

In every project, Phelps said, collaboration was key to the scientific process.

“Collaboration allows you to have a more robust and more diverse conclusion to your results,” she said. “It is vitally important because you can’t think of everything yourself on these multi-dimensional projects. The part we played in the confirmation of element 117 was definitely a collaborative team effort.”

Phelps said her attitude on teamwork and the willingness to commit her skills towards the bigger picture is another lesson carried over from her time in the Navy.

“You gain the sense that what you’re doing is for the betterment of everyone,” she said. “It’s not just about you and your niche field of research, it’s about what your research is doing to impact everyone else.”

One way to expand your impact and broaden your niche, Phelps said, is to engage with your community, both socially and professionally. As a member of the American Chemical Society, Phelps recognizes the benefits gained from reaching out to the greater scientific society.

“I think it is important to be involved in professional organizations because iron sharpens iron,” she said.

Professional societies not only provide a way for researchers to stay updated on the latest advances in their field and look for new ideas and collaborations, but also provide an outlet for individual researchers to make their voice heard and to positively contribute to global research efforts.

Phelps is also involved in a number of STEM outreach programs dedicated to mentoring and encouraging local students to pursue scientific careers. Phelps said her own love of science was sparked early by a microscope set and encyclopedia-based science kit given to her by her mother and kindled by her middle and high school science teachers.  They made science fun and engaging, she said, and their emphasis on experimentation helped translate scientific principles from words on a page into reality.

Today, Phelps tries to pass on the same lessons through her work with the graduate chapter of Alpha Kappa Alpha sorority’s ASCEND program, which teaches concepts like robotics, drones, circuitry and coding to Knoxville high school students.

“Going out to the schools and doing STEM outreach is something I really love to do because you can just see the light come on in the students’ faces,” she said. “You can see the questions forming and the beginning of the scientific process.”

Quality STEM outreach needs to be more than just talking to the students, Phelps said. It requires a dialogue and the chance for students to get hands-on experience so they can be self-driven and make their own discoveries, much like Phelps did with her microscope set.

“You can either help explain it to them, or you can help them find the answer on their own,” she said. “I think helping students and other kids independently think for themselves is key to creating those new scientists and engineers.”

Phelps also works with the ORNL Nuclear Science and Engineering Directorate’s Educational Outreach Program, National Nuclear Science Week activities and the ORNL Traveling Science Fair trailers. By diversifying her engagement outlets, Phelps is able to reach students of all ages and bring the world of science and technology closer to reality for those who may have found it mystifying or intimidating.

“You have to reach out to the community, because that’s where you future scientists and your new ideas are going to come from,” she said. “A lot of kids run from science, but by doing outreach and making it as fun for them as it was for me, it makes it more realistic as a possible future career choice.” 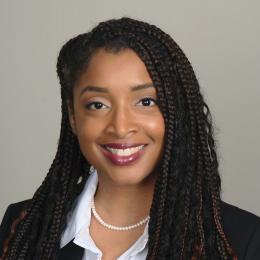