July 13, 2018 – Chang-Hong Yu of the Department of Energy’s Oak Ridge National Laboratory fell in love with running in 2008 and has since completed 38 marathons or longer-distance races. Her passion for long-distance races serves her well chasing neutrinos—electrically neutral subatomic particles that have almost no mass, interact weakly with matter and are spotted through feats of intellect and endurance.

Yu works on the ORNL-managed MAJORANA DEMONSTRATOR, a project with more than 100 participants from 6 countries who try to shield a sensitive, scalable detector array from background radioactivity. The project’s 44-kilograms of detectors began collecting data in 2016. By 2017, they had spotted so little background noise that the collaboration concluded that a detector 30 times larger, to be built for a future ton-scale experiment, would be able to see the signal of a process called “neutrinoless double beta decay” that could occur only if a neutrino is its own antiparticle. The signal of that process has never been seen. Observing it would prove that the neutrino is its own antiparticle, give a measure of neutrino mass, and help explain why the universe has more matter than antimatter.

“The Demonstrator is paving the way technologically and scientifically for the possibility of a major discovery experiment,” Yu said. It will continue to take data for about 3 years. The first stages of the ton-scale experiment are anticipated to begin around 2021.

“It’s a long journey,” Yu said. This research requires grueling efforts. To avoid cosmic-ray background, researchers installed the experiment nearly a mile underground in an abandoned South Dakota gold mine. There, in a clean room, they made the world’s purest copper to avoid introducing background radiation. They built a complex shield to protect the detector from gamma rays coming from rock. Moreover, they reduced the mass of components, such as copper wires, to minimize material close to the detectors that could introduce background radiation.

The mindset Yu developed during epic races helped her in this scientific marathon. “Slowly, I started to enjoy the process itself,” she said. “One reason I love running marathons is they’re so hard. When you are at the most difficult moment, your whole body wants to quit, and your brain also says, ’Quit!’ But you have another brain that says, ‘You’ve got to hold on. You’re going to be okay. You’ll not die.’”

The search for MAJORANA’s never-before-seen physics phenomenon has years to go. An experimental finish line so distant might depress others. “You have to see the light at the end of the tunnel,” Yu said. “If neutrinoless double beta decay is confirmed, it will have a profound impact on our understanding of the universe. It may be a long way away, but it’s extremely exciting.”

That excitement draws others to the race. Nearly a dozen experiments have sought this process, and as many future experiments have been proposed. The trophy is elucidating poorly understood elementary particles that penetrate everything but interact with almost nothing.

“If neutrinoless double beta decay is discovered and confirmed, that has implications about our universe because the neutrino is everywhere,” Yu said. “Understanding its properties helps us understand why the universe is what it is.”

With degrees in nuclear physics—a bachelor’s from Peking University in Beijing and a doctorate from the Niels Bohr Institute in Copenhagen—Yu has a history of making the most of germanium detectors. To observe and characterize nuclear structures for her thesis, in the 1990s she traveled to England to access the world’s best germanium detector array. It had 12 germanium detectors, each slightly bigger than a hockey puck, for spotting gamma rays emitted from unstable atomic nuclei.

Subsequently, Yu joined Lee Riedinger’s group at the University of Tennessee as a postdoctoral fellow. She used Gammasphere, an array of 110 detectors at DOE national labs that enabled explorations of increasingly harder-to-observe signals.

After taking a tenure-track position at University of Rochester, Yu returned to Tennessee in 1995 to accept a staff position at ORNL and has worked in the Physics Division since.

At ORNL, Yu used the Holifield Radioactive Ion Beam Facility to produce radioactive nuclei and study their decays until the facility was placed in shutdown status in 2010. Then she joined David Radford’s Majorana and Advanced Detectors group, which includes Alfredo Galindo-Uribarri, who also works on the PROSPECT neutrino experiment, and Robert Varner, who manages big data from neutrino experiments.

“[Radford’s] detector is essential for the next-generation neutrino experiment, called LEGEND,” Yu said. “He is a genius in spotting problems and thinking of new ideas.”

That aptitude and insight is necessary to see what has never been seen. The neutrinoless double beta decay of a single atom, if it exists, takes much longer than the age of the universe to occur. While it is impossible to wait around that long watching one nucleus, it is difficult but possible to watch many nuclei and wait for any one of them to decay. That’s why the future experiment needs a ton of detector material.

Yu and her colleagues went the extra mile to execute the experiment that demonstrated background could be eliminated sufficiently to detect a signal in a future experiment.

The MAJORANA DEMONSTRATOR uses enriched Ge-76 as both the source and the detector of the signal. The isotope is $100 per gram—“more expensive than gold,” Yu said.

An enrichment facility in Siberia produced the isotope, and the Oak Ridge group led its procurement. In 2010 an oxide powder form of enriched Ge-76 was placed into a shallow underground storage facility until it was ready to be trucked to Saint Petersburg in a steel container specially manufactured to shield the material from ubiquitous cosmic radiation. Yu tracked the time the material was exposed to radiation above the Earth’s surface. Because cosmic ray exposure is worse at higher altitudes, the material was transported on the bottom deck of a ship to Charleston, South Carolina.

The material sped through Customs and was trucked to Oak Ridge in 2011. Yu and colleagues stored it inside two safes in a local tourist cave. An Oak Ridge company processed the powder to produce a refined metal that was delivered to ORTEC, a nearby detector manufacturer. Any time there was a break in the detector fabrication work, the material went back into the cave to be protected from radiation.

After two years of careful work, all of the germanium oxide powder had been used to make detectors, which were transported to the former South Dakota mine for Yu and others to assemble into the array.

All told, the material traveled about 12,000 miles before the DEMONSTRATOR experiment—which this March declared success in the journal Physical Review Letters—ever began.

UT-Battelle manages ORNL for DOE’s Office of Science. The single largest supporter of basic research in the physical sciences in the United States, the Office of Science is working to address some of the most pressing challenges of our time. For more information, please visit www.energy.gov/science. —by Dawn Levy 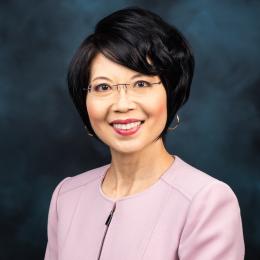