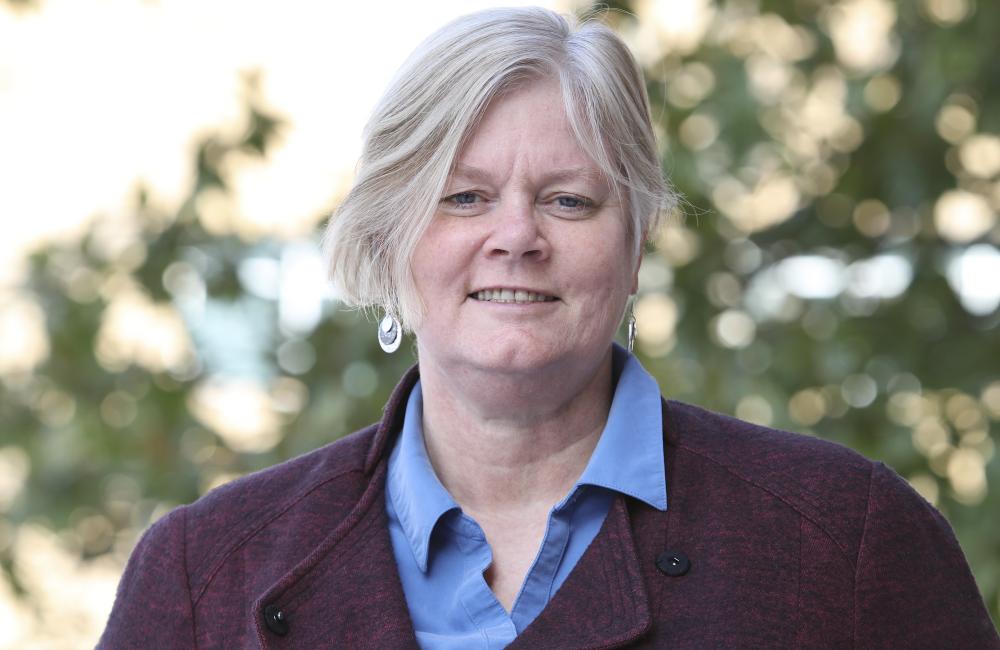 View a hi-res version of this image
Topic: Biology and Environment

At the confluence of energy and ecology is where Henriette “Yetta” Jager has found her calling.

A senior scientist in the Environmental Sciences Division, Yetta uses models to look for win-win opportunities to produce more energy without harming fish and wildlife.

Yetta’s research for the US Department of Energy’s Bioenergy Technologies Office seeks to understand how biofuel crops can reduce fertilizer runoff that feeds the “dead zone” in the Gulf of Mexico. Her team also creates models that show how biomass-producing landscapes can be managed to improve habitat for bird species. She shares a vision with colleagues for assigning economic value to clean water and wildlife habitat so that land owners can be rewarded for managing energy crops and dam owners for planning flow releases.

In bioenergy research, Yetta is involved in a new collaboration that could reduce fire risk in western forests where wildfires have become larger and more prevalent. The idea is that harvesting small trees and underbrush might reduce fire risk while providing feedstock for wood pellets and other biofuels. Her team is starting to explore models to decide where thinning can maximize biomass production while also storing snowpack in forest gaps to improve water flow for salmon.

Yetta has enjoyed a long collaboration with Idaho Power fish biologists modeling how Snake River dams influence salmon and sturgeons. “The learning begins when the models give us an unexpected result,” she says. “The biggest reward is finding a new insight that might help to recover a species at risk, and models help take you beyond where your intuition can go.”

From business to biology

Like many other ecologists, Yetta was drawn to the field by an appreciation for the outdoors. She spent time in high school and college as a swim instructor and trip director for summer camps in upstate New York. As an undergraduate, she started as a business major with the intent of becoming a camp director. But after taking an environmental science course, she switched her major and earned a BA in biology.

Yetta moved to Knoxville after reading about the ecological modeling work going on at Oak Ridge National Laboratory (ORNL). After enrolling at the University of Tennessee, Knoxville (UT), she designed a masters’ research project at the lab to model trophic cascades under a National Science Foundation (NSF) grant. Later, she joined the research staff at ORNL, where she worked with the US Environmental Protection Agency to assess acidification of the nation’s streams and learned from ORNL modelers who pioneered individual-based modeling.  “When my daughter was small, her bedtime stories consisted of hearing about the imaginary adventures of whatever animal we were modeling, …sturgeon, badgers, sage grouse, eels.”

Yetta began her PhD in ecology and evolutionary biology at UT when her daughter was five and finished in 2000. She has continued her affiliation with UT as a joint faculty associate in the Department of Ecology and Evolutionary Biology and at the Bredesen Center. “I’ve been very fortunate to be associated with the folks at NIMBioS,” she said. NIMBioS, the National Institute for Mathematics and Biological Synthesis, is an NSF-supported center at UT that supports cross-disciplinary research in math and biology.

Yetta looks forward to continuing her research and has no intention of retiring anytime soon. “I’m inspired by my mother: she is 86 years old and still runs a business,” she said. “I’m hoping to figure out how to improve my work–life balance, but research is a big part of my identity. The important thing about continuing to work is it’s the only way to keep your collaborations going and the ideas flowing. And the constraints of a particular sponsor’s needs help to focus creativity.” She also enjoys proposal writing, saying, “It’s creative—you get a chance to dream about future research that you want to do and to turn those dreams into solid proposals by reaching out to others and creating collaborations.”

The ORNL environment has been instrumental in those collaborations, Yetta noted. She particularly enjoys working on large collaborative projects, such as the 2016 Billion-Ton Report, which found that the United States has the potential to sustainably produce at least 1 billion dry tons of nonfood biomass resources per year by 2040. ORNL led the analysis with contributions from federal agencies, national laboratories, universities, and private companies. “An entire volume will be devoted to quantifying environmental effects,” she notes. “We can be proud that we are part of making that happen.”

Like other senior staff at the lab, Yetta enjoys mentoring young researchers and students. She has helped guide at least 25 students and postdocs. Through NIMBioS, she has had the opportunity to work with postdoctoral researchers to use math and statistics to solve environmental challenges.

“I’m so impressed by the students that I mentor—I learn as much from them as they learn from me. And in computing, you really have to be a lifelong learner to succeed,” Yetta said. “One way we do that is through ‘Fishheads,’ a group of scientists that I’ve helped to organize by moderating a listserv. We have brown-bag seminars and after-work get-togethers. We have to work at creating a collegial atmosphere. That is important to me.” 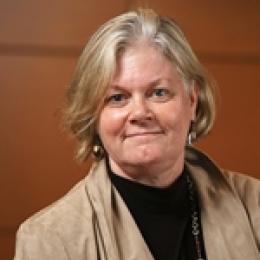