A swimming pool reactor in Geneva 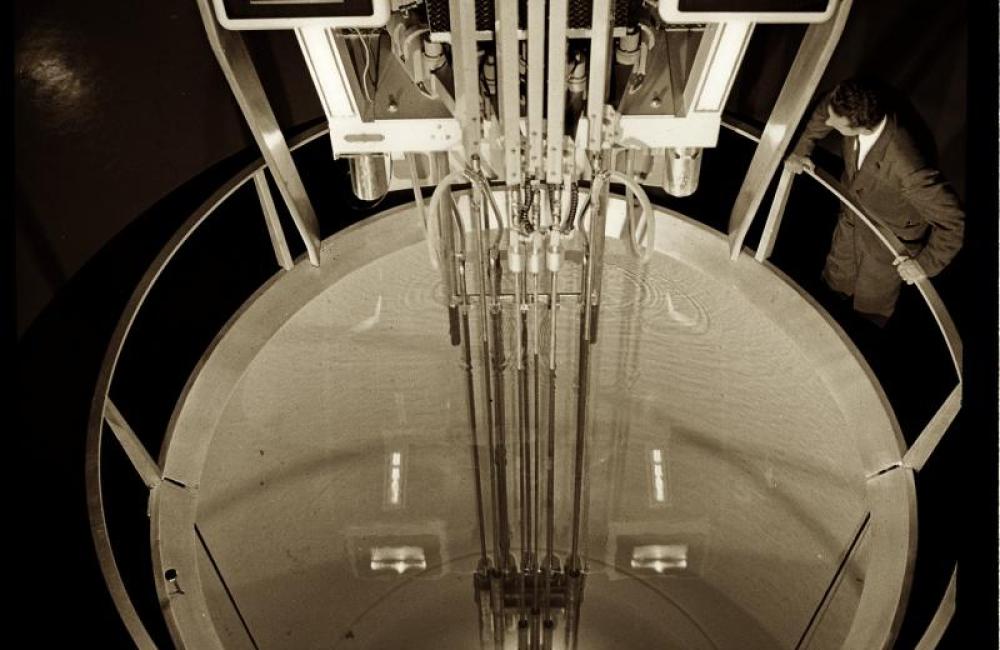 View a hi-res version of this image
ORNL built the Geneva Reactor for the First International Conference on the Peaceful Uses of Atomic Energy in 1955. Image credit: ORNL

The Cold War was fought on many fronts.

The United States and Soviet Union avoided direct military conflict, as that would include the very real risk of nuclear war. Instead, the two sides competed in less catastrophic realms.

In an environment that saw the development of the hydrogen bomb, the Korean War and the atmospheric testing of nuclear weapons, the Eisenhower administration sought, through its Atoms for Peace doctrine, to pivot away from escalating tensions and toward the use of atomic energy for peaceful purposes.

To further reduce tensions, the Geneva Conference of 1955 gave world leaders an opportunity to discuss global security and to showcase their nations’ nuclear science and technology. At the time it was the largest meeting ever organized by the United Nations.

The Soviets showed up to the meeting with a scale model of a reactor, but the Americans had a different idea. Months earlier, U.S. scientists and engineers began designing a small reactor, between 10 and 100 kilowatts. The simple swimming pool reactor, dubbed “Project Aquarium,” was built at ORNL. It was small enough to fit in a military cargo plane but big enough to make an impression.

So how do you bring a reactor home? Well, you don’t. It was sold to the Swiss government, which used it for public demonstrations

and research. The reactor was later moved from the United States pavilion and renamed “SAPHIR.”

The name was inspired by the blue glow of the Cherenkov radiation visible during operation. The little reactor operated until 1994.