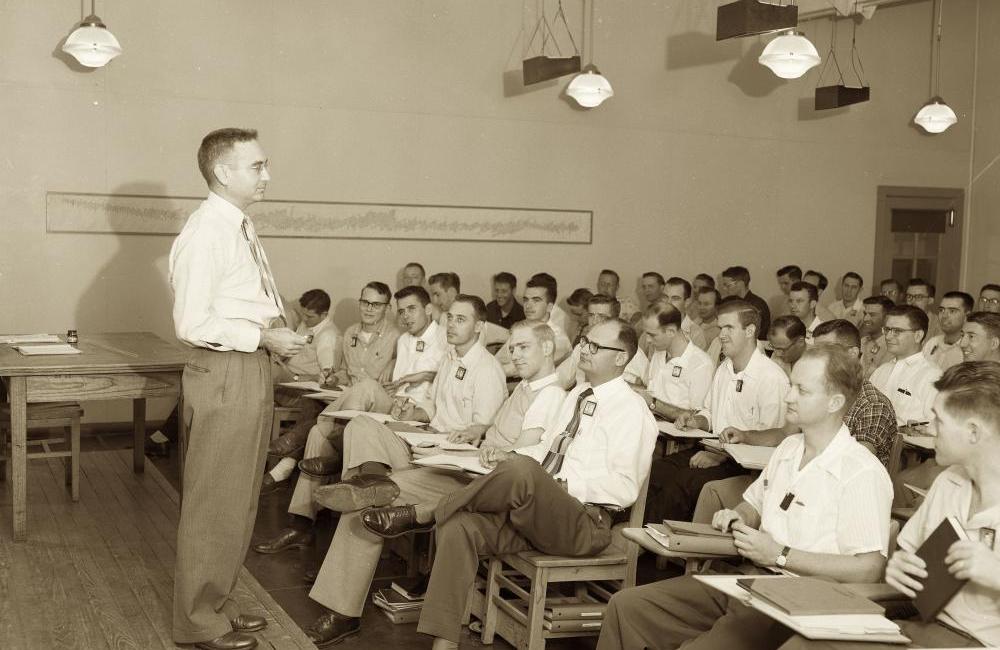 At the end of World War II, most people who knew anything about generating nuclear power were located at Manhattan Project sites like Oak Ridge.

That’s where a young naval officer named Hyman Rickover found himself attending nuclear engineering classes with a handful of other students at the newly created Clinton Laboratories’ Training School. Rickover, who would become known as the “father of the nuclear Navy,” was sent to Oak Ridge to determine whether a nuclear reactor would be capable of powering a naval destroyer.

His time in Oak Ridge convinced him that nuclear power was a viable option for naval propulsion. What was missing were the hundreds of nuclear-savvy engineers needed to turn this dream into reality.

Rickover was put in charge of both the Navy’s program to develop a nuclear-powered submarine and the government’s reactor development activities. Under his guidance, and with graduates from the Oak Ridge school playing key roles, the world’s first nuclear submarine, Nautilus, was launched in 1954, and the Shippingport Atomic Power Station, the world’s first full-scale nuclear electric power plant, went online in 1959.