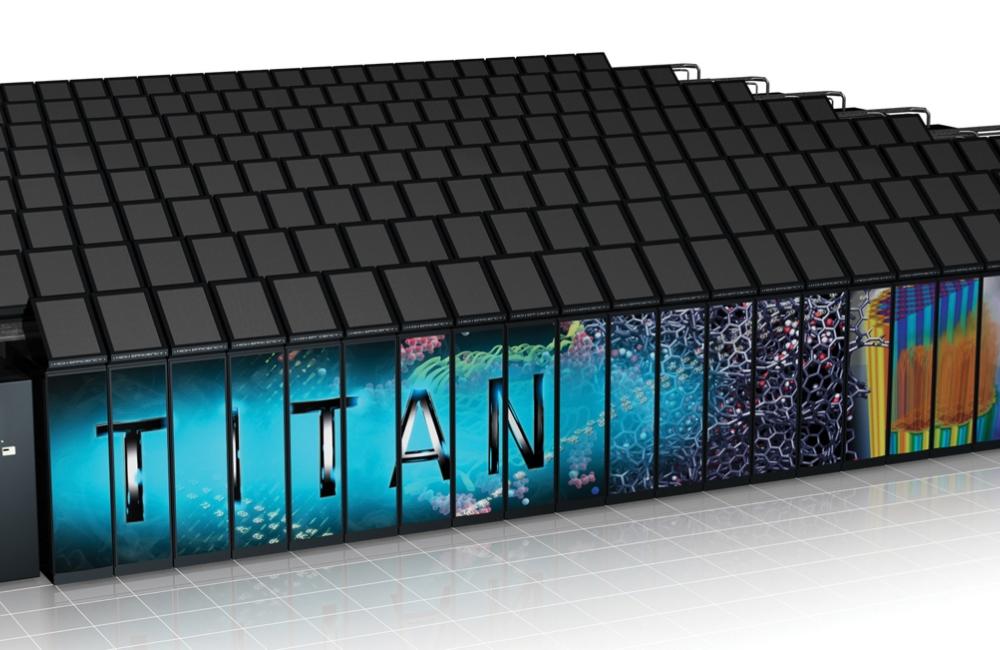 For some researchers, cracking the big questions can be like mining for a lone diamond under tons of solid rock.

In those situations it helps to have a good set of tools, particularly the Oak Ridge Leadership Computing Facility and its Titan supercomputer.

Titan isn’t the facility’s first world-class computing system. The OLCF was established in 2004 to develop a supercomputer more advanced and powerful than any machine at the time, and it has since hosted several that were among the world’s most powerful. In addition, staff at the facility provide a suite of data analysis and visualization tools to meet diverse scientific needs.

The OLCF’s current system is Titan, a 27-petaflop Cray supercomputer capable of performing 27,000 trillion calculations per second, making it the most powerful supercomputer in the U.S. and the No. 3 computer in the world, behind two in China. Titan boasts a unique hybrid architecture that combines traditional central processing units with graphics processing units; GPUs were first developed to speed computer video but have also proven lightning fast in scientific computing.

OLCF users come from a variety of institutions worldwide, including universities, private industry and other government labs. They also bring a wide variety of scientific problems, from traditional explorations in physics, materials science and chemistry, to fusion energy, plasma engineering and climate modeling.

In recent years the OLCF has seen strong growth in emergent areas such as systems biology and data-intensive science. In addition, the facility has seen an increase in experimental analysis from researchers at other DOE user facilities.

“We’re as broad as science is broad,” said Jack Wells, science director at ORNL’s National Center for Computational Sciences, which houses the OLCF. “We want a vibrant user community. We don’t want it to get stale.”

OLCF’s unparalleled capabilities are in high demand; the facility receives almost three times as many proposals as it can accommodate.

In 2018 OLCF will deliver the Summit supercomputer, providing more than five times the computational power of Titan along with greater speed and efficiency. The OLCF is also working on DOE’s Exascale Computing Project to prepare for the world’s first high-performance computing system capable of at least a billion billion calculations per second.

“OLCF is unique because we are very productive and we have delivered our resources on time, on scope and on budget,” Wells said. “In the future we will develop greater complexity to produce more valuable and more meaningful results for bigger, more complicated hierarchical questions.”