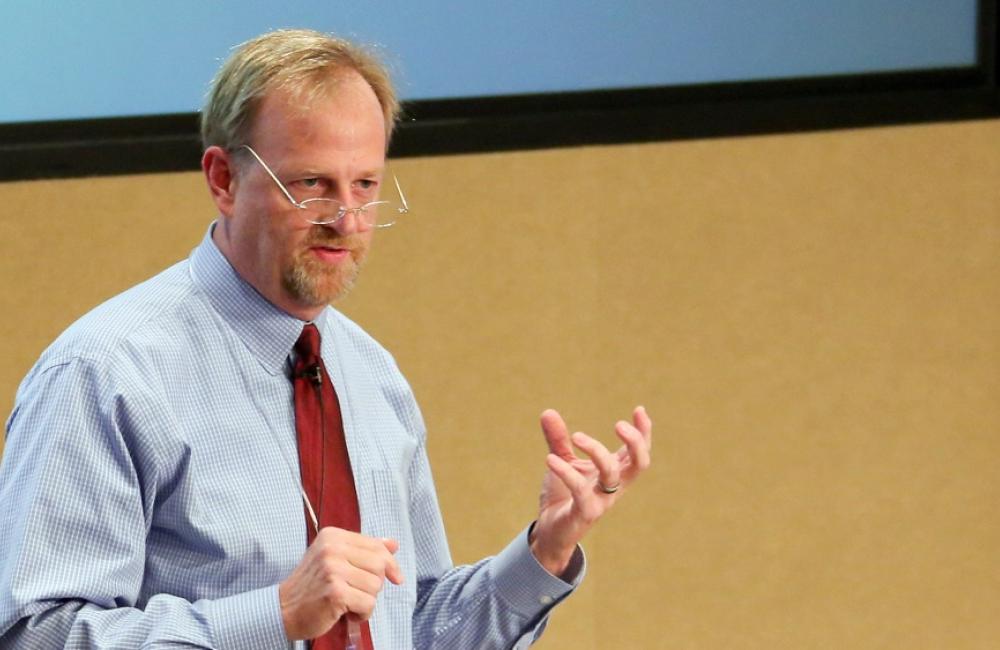 Perhaps no nanomaterial has gotten more attention than graphene, a one-atom-thick layer of carbon that is in many ways the Superman of materials: 300 times stronger than steel, unmatched at conducting heat, so dense that no gas can slip through.

Graphene may also illustrate our accelerating pace of technology. It was first produced as recently as 2004—a feat that helped bring the 2010 Nobel Prize in Physics to two researchers in the United Kingdom—yet an Oak Ridge company is gearing up to produce a million square meters annually before the end of this decade.

That company, General Graphene, will be using a technique developed by ORNL physical chemist Ivan Vlassiouk. The chemical vapor deposition process takes a carbon-containing gas such as methane, strips out the non-carbon elements, and deposits the carbon to create graphene. What’s more, it does so without requiring a vacuum.

Graphene vapor deposition technology was matured through ORNL’s Technology Innovation Program and licensed to General Graphene partners Vig Sherrill and Greg Erickson in 2014. Since then they’ve been working with investors to identify funding and with ORNL to refine the technology.

The company is testing two prototypes before going into production. The first produces about 2 square feet of graphene a day, while the second will boost that by a factor of 50, to about 10 square meters a day. The company hopes to be in full production by early 2018.

The primary obstacle to widespread use of graphene is cost, largely because existing production technologies can deliver only low volumes of high-quality graphene. Sherrill noted that a square meter of graphene went for $100,000 as recently as two years ago. At less than a milligram, that made graphene among the most expensive materials in the world.

The cost has come down about an order of magnitude in the meantime, to $10,000 to $20,000, Sherrill said, with General Graphene working to bring it down to around $100 a square meter in the next few years.

At that point, the material would be available to everyone from manufacturers to research laboratories, a process that will open up possible uses, including flexible electronic touch screens and lightweight components for transportation, according to Sherrill.

“Graphene has 300 times the strength of steel,” he said, “so 30 or 40 years from now you’ll be able to make a car tire so light you could hold it on your pinkie. Or imagine a 747 wing you could hold in your hand.”

The super-strong material could even be incorporated into textiles, he said.

“Imagine if your shirt were made of graphene. It wouldn’t just be bulletproof; it could take a howitzer shell. You would be dead, but your shirt would be fine.

“Our goal is to sell it to everyone from do-it-yourselfers, to labs, to production facilities. Once it’s at a level that can be afforded, I believe graphene is going to be like plastic. People are going to use it for things we can’t dream of.”