The house the Russells built 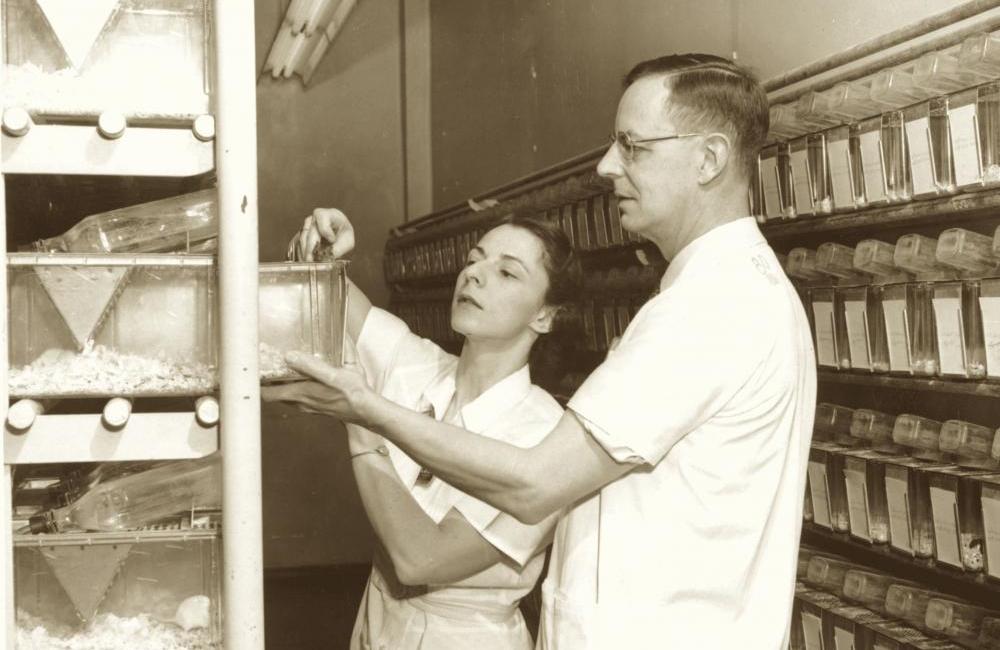 View a hi-res version of this image
Bill and Liane Russell. DOE photo by Ed Westcott

Two years after the detonation of the atomic bombs at Hiroshima and Nagasaki, Bill and Liane Russell came to Oak Ridge with a purpose: to explore the genetic effects of radiation on mammals.

The work of this husband-and-wife team shaped our modern-day understanding of how radiation affects the body and extended to foundational genetic breakthroughs. To accomplish their research, the Russells designed and oversaw one of the largest mouse research facilities in the world: the ORNL Mouse House.

The laboratory, located at the nearby Y-12 facility, housed more than a quarter-million mice at its peak, enabling research on genetic mutations that set occupational dose limits for humans. Liane Russell’s work led to the standard precautions observed today for the exposure of pregnant women to diagnostic X-rays. She and her colleagues also discovered that maleness in mice and humans depends on the presence of the Y chromosome and is unrelated to the number of X chromosomes.

As ORNL’s work expanded to human exposure to chemicals, Bill Russell led research that identified ethylnitrosourea as a “supermutagen,” or chemical that is the most effective at inducing mutations. As a result, the chemical later became the gold-standard reagent for the discovery and cloning of genes associated with human diseases.

These efforts include computing and data approaches to understand the genetic underpinnings of ailments such as Alzheimer’s disease, heart disease and opioid addiction, as well as machine learning algorithms to uncover previously hidden relationships between disease factors such as genes, biological markers and environment. In addition, investigators are looking for ways to use the body’s own immune system to help fight cancer.