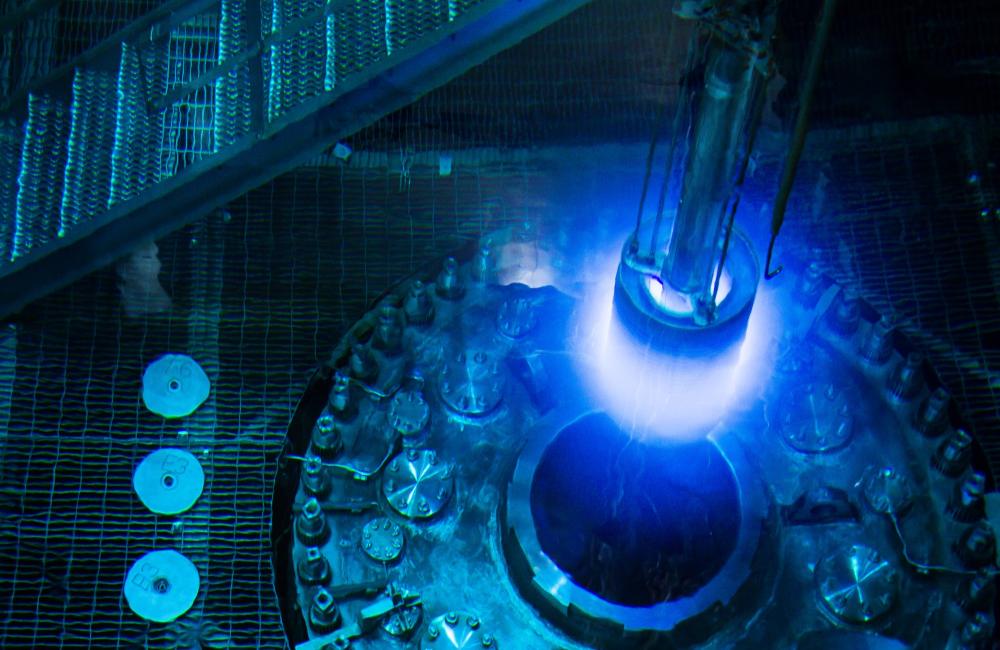 View a hi-res version of this image
This photo shows HFIR during routine refueling in July 2015. The blue glow comes from Cherenkov radiation, caused when electrons emitted by the spent fuel travel through water faster than light does. Image credit: Genevieve Martin, ORNL  
Topic: Neutron Science

It produces more than 2 million billion neutrons each second through an area less than half the size of a dime, providing researchers with the Western world’s highest reactor-based neutron flux. Its neutron scattering stations allow scientists to better understand the structure and dynamics of matter. It produces medical isotopes for the treatment of cancer patients, powers deep space missions for NASA, and made the rare Berkelium 249 isotope that enabled the recent discovery of Element 117. It even determined whether our 12th president, Zachary Taylor, was poisoned with arsenic. (He wasn’t.)

Not only is ORNL’s High Flux Isotope Reactor going strong after 50 years; it is as indispensable a research tool now as when it began operation in the summer of 1965. As an added benefit, as long as it continues to be well cared for, HFIR has another good 50 years in her, says Tim Powers, director of ORNL’s Research Reactors Division