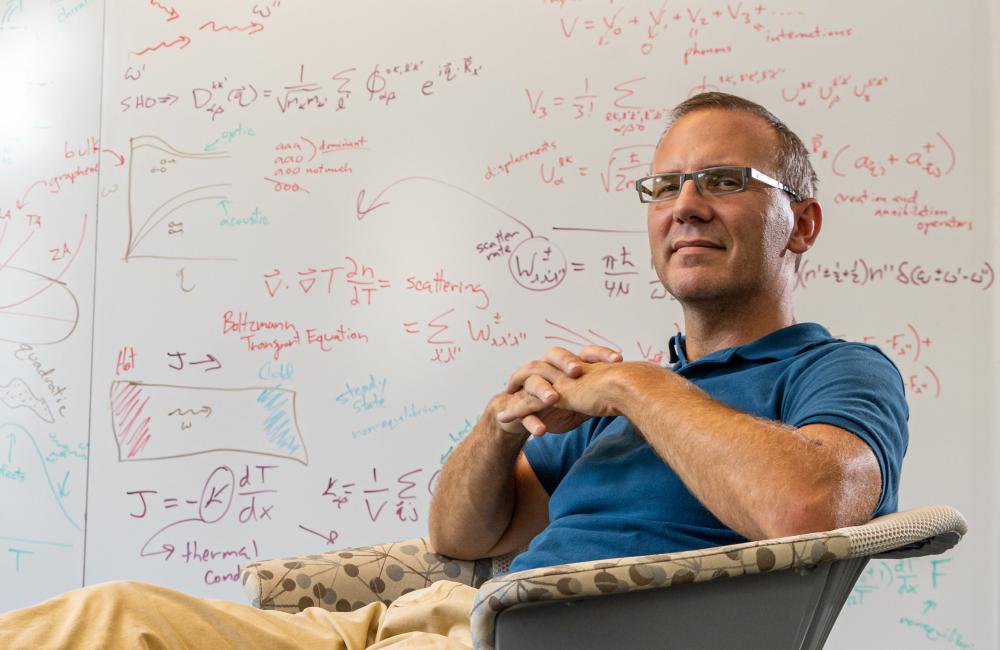 In his research studying atomic vibrations called phonons and their role in heat flow, Lucas Lindsay searches for materials that are quirky—a word he also uses to describe himself.

“I like looking for things that don’t do exactly what you think they should and figuring out why,” Lindsay said. “You have to dig in and use these tools you have—the underlying physics—to try to understand the curiosities.”

“It went downhill from there,” he joked.

Lindsay earned his Ph.D. in physics from Boston College, where he studied thermal transport in carbon nanotubes and graphene. He came to ORNL in 2014 after teaching college physics and earning a fellowship at the U.S. Naval Research Laboratory.

His Early Career Award-winning proposal, “Elucidating the nature of chiral and topological phonons in materials for energy technologies,” will investigate ways to fine-tune materials’ thermal conductivity by focusing on the “chirality” of vibrating atoms.

Chirality is a property of certain molecules that occurs when their mirror images don’t overlap, in the same way that right and left hands are different, Lindsay says. He’s found that this property affects how phonons “talk” to each other. The more phonons talk, or “chatter,” with one another, the less heat they can carry.

“I want to use this concept to manipulate phonon scattering and find materials that have high thermal conductivity though we’d think they wouldn’t, given other properties,” Lindsay said.

“Your phone, your car, your batteries get hot,” he adds. Controlling heat is especially important in computing, as more densely packed transistors need efficient materials to carry heat away.

While applications of his research span everyday life, Lindsay enjoys the mysteries involved in his work.

“I love the puzzles,” he said. “I think that’s what I like about physics.”—Abby Bower 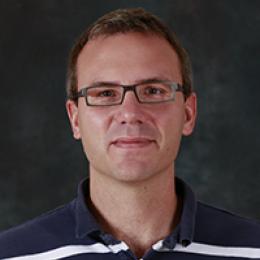