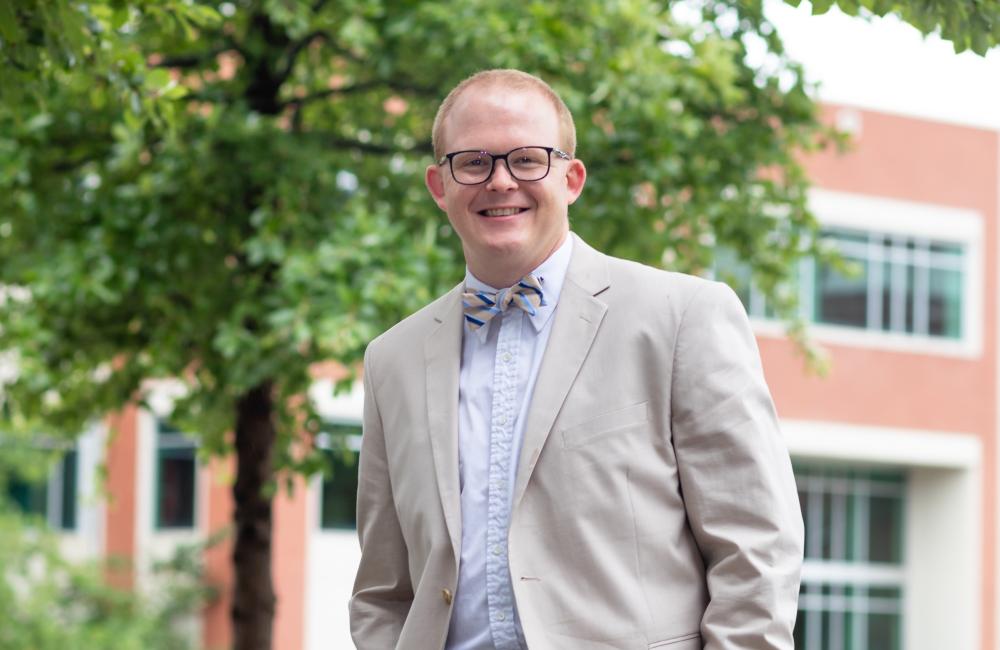 Joseph Lukens picked electrical engineering as his undergraduate major at the University of Alabama, thinking it might help him manipulate sound.

“I thought it might help me become an audio engineer or something like that,” Lukens said. An avid bass guitar player and history buff, he’d been accepted to music programs but found better engineering scholarships.

Now, four years after earning his Ph.D. in electrical engineering from Purdue University and joining ORNL as a Wigner Fellow, Lukens works to control not sound, but light.

Specifically, he uses single light particles, photons, to “advance our ability to use light for quantum information,” he said.

In classical digital communication, information exists in discrete states of 0 and 1. Quantum information differs because quantum bits, or qubits, can exist as 0 and 1 simultaneously in the fragile state of “superposition.” The fact that photons are both waves and particles means that their 0 and 1 states can add together and interfere, like two different waves, even though only one particle is involved. Because these states are so sensitive to disruption, qubits make good sensors and secure data channels.

But for building networks, these qualities can cause major problems.

Using quantum nodes that communicate through the color of light, he’ll investigate ways to build networks that support coexistent classical and quantum information—a difficult task, since quantum information is easily destroyed by interference from classical data. He’ll also scale up networks and develop “transducers” that can convert information between systems.

“That’s how we move science forward,” he said. “We have to take risks and work hard to deliver on them. When you’re able to figure out solutions, there’s no feeling like it in the world.”—Abby Bower