The United States — and indeed the world — is in the midst of a water crisis.

The situation in the American West is especially critical, qualifying as a “megadrought” because it has lasted for decades. Nineteen percent of the country is experiencing “extreme” drought, according to the National Integrated Drought Information System. This includes nearly 90 percent of California and Utah and roughly two-thirds of Nevada, Montana, Idaho and Oregon.

And while the situation in the West may seem the most dire, the rest of the country is not out of the woods.

“We’re beginning to run into a situation in many parts of the country where the sources of water that we traditionally use are now becoming less and less available,” said ORNL Energy Systems Integration Section Head Yarom Polsky. “Everybody is familiar with the issues that plague California right now, but you're also running into situations in cities like Atlanta, for example.

“Atlanta does not have a very extensive watershed. Sure, it receives an abundance of rain; they have fairly good surface water catchments and reserves. But it has a very large population, and they’re running into a situation where those traditional sources of water are becoming less available.”

Any discussion of the circular economy and sustainability needs to include our use — and reuse — of water. Growing populations and changing climate mean we will need to be creative in meeting our water needs.

Conservation, of course, needs to be part of the solution, but it is only a part. Our approach to water must also include the development of nontraditional water sources and more intelligent treatment and reuse of the water that goes down our drains.

Nontraditional sources are found in a variety of places. The category includes seawater and less-salty brackish water, which can be found in aquifers or where rivers meet the ocean. In addition, oil and gas drilling also bring up water, known as “produced water.” And our approach must also include reused wastewater from throughout the economy, including industrial, agricultural, mining and municipal sources.

DOE responded to the water crisis in 2018, creating an Energy-Water Desalination Hub focused on early research and development into desalination and the promotion of nontraditional water sources. In response, a consortium of three national labs (Berkeley Lab, the National Renewable Energy Laboratory and ORNL), universities and industrial partners formed the National Alliance for Water Innovation in 2020.

Its goal is to make alternative sources of water available at essentially the same cost as traditional sources such as rivers, lakes and aquifers.

“The goal of the consortium is to substantially reduce the energy intensity and cost of water treatment, and in particular to make nontraditional sources of water available for use,” said Polsky, who serves as NAWI’s lead for process innovation and intensification R&D. “That can be for human consumption, but it can be for other applications as well.

“Achieving this goal centers around a concept that DOE developed a few years ago called pipe parity. The basic objective is to treat water at a cost that’s comparable to traditional sources in that region.”

NAWI’s approach is outlined by challenge areas denoted by the acronym A-PRIME, which stands for

These challenge areas guide research projects across the alliance, including at ORNL, Polsky said.

The NAWI approach acknowledges that water treatment systems need to be modernized.

The approach relies on the composition of input water not changing drastically, he explained. When water composition changes, treatment needs can also change, and existing systems can become inefficient or ineffective.

“And so one of the goals of the research hub is to break that paradigm of linearity so that the treatment trains work more efficiently together and can handle a much larger variety of input water types. In the future, we may need to be more flexible with respect to where we get our water from.”

Bioenergy, while critical to a circular economy, can also create challenges for water quality. For one, there is the danger that efforts to grow bioenergy crops quickly — in particular with the use of fertilizers and herbicides — may lead to stream pollution.

These risks were the focus of an ORNL-led project that studied the environmental effects of producing loblolly pine, which may be used for heating, transportation fuels and electricity generation.

The experiment was conducted on three adjacent watersheds at DOE’s Savannah River Site in South Carolina, said ORNL environmental scientist Natalie Griffiths. The watersheds emptied into separate streams, allowing researchers to test the impact on water quality at each site.

Because the trees are intended for bioenergy, researchers wanted them to grow more quickly than is needed for traditional forestry, so the team applied the chemicals multiple times during early tree growth.

“If we’re growing trees for bioenergy, we want to make sure we’re not impacting the environment and water quality,” Griffiths explained. “In this case, it’s possible that the fertilizers and herbicides that are applied could run off into the streams or enter groundwater.”

The team left one of the watersheds as they found it, letting it act as the experiment’s control site. With the other two, it cut down half the trees in the watersheds and planted loblolly pines, treating them with fertilizer and herbicide.

The researchers monitored the area for a total of eight years, including two years before they planted the new trees. The most important measurements were focused on tracking where the applied fertilizer ended up.

“Most importantly, we were looking at the nitrogen content of the water, specifically nitrate,” Griffiths said. “Nitrate is a form of nitrogen that is readily available for microbes and algae to take up. It can cause water quality issues if it’s at a high level because it can cause algal blooms.”

She noted that there are also drinking water limits for nitrate because they can be harmful, particularly to infants.

Griffiths found that nitrate levels were elevated in groundwater under the planted pine trees, but the levels had gone back down by the time the water reached the streams.

“Not all of the applied fertilizer was taken up by the trees, and some entered the groundwater. But by the time the groundwater reached the stream, the nitrate concentration was reduced,” she said. “We did not see any effects in the stream, likely because biological processes occurring along the pathway to the stream removed the nitrate.”

Griffiths noted that the experiment focused on the pines’ early years, running for six years after the trees were planted, even though they are typically grown 10 to 15 years before they are harvested for bioenergy. She said the chemicals would affect the environment primarily during these early years, when the trees were still small.

“We expected effects mostly to happen initially, when the trees were still small and growing quickly,” she said. “The trees were likely too small to take up all the fertilizer. And as they get bigger and bigger, they’re shading out other vegetation, so you don’t need to apply herbicides.”

She said the team also collaborated with a computational researcher at Oregon State University who developed models using data from the project. This step allowed them to extrapolate their results to larger areas and longer time periods. 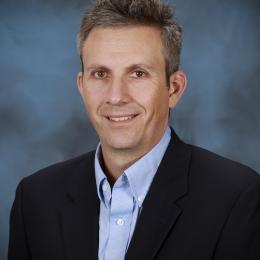