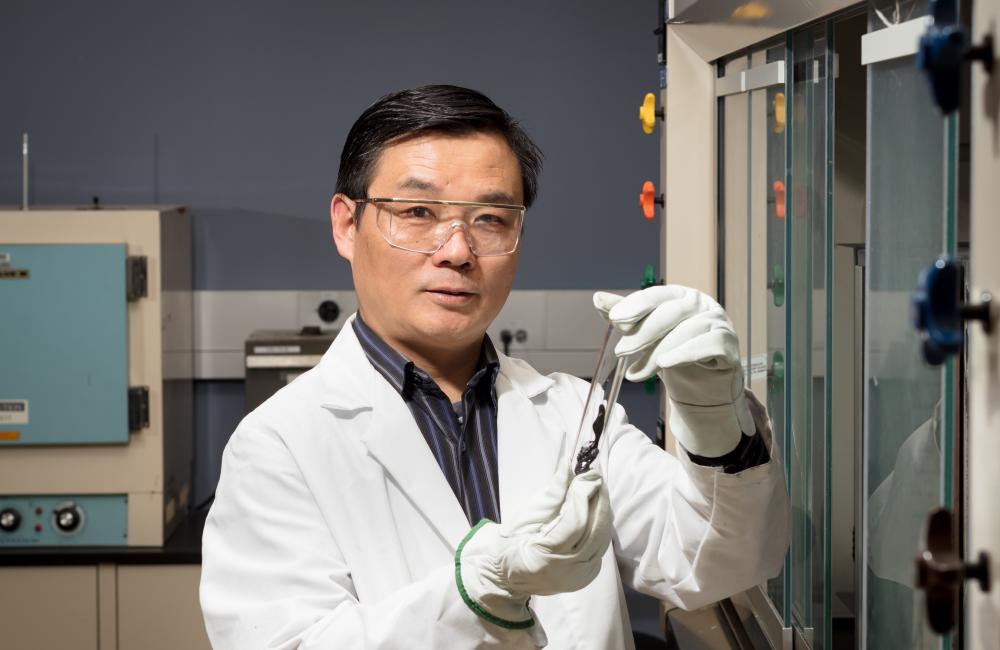 Before researchers can experiment with a promising new quantum material, someone has to produce it.

That’s where ORNL’s Correlated Electron Materials Group comes in. The group uses its lab facilities to manufacture a variety of materials that are attractive to quantum scientists.

“The materials we are interested in are materials that have some functionality,” explained group leader Brian Sales. “They’re materials that, for instance, become magnetic or become superconducting or have strange topological protected edge states or ground states.”

The group pursues a variety of materials, including spin ices, quantum spin liquids and topological insulators (see “New materials for sensors, computers, encryption and more,” page 10). Part of the group’s job is to decide which materials look the most promising.

“We take input from theory and theoretical calculations,” Sales said. "We use crystal chemistry rules. We use experience and intuition to try to select these materials. But there’s a certain amount of serendipity involved as to whether the material you select is really going to be interesting and exciting.”

Often, the atoms in an interesting material will be structured in triangular or hexagonal structures that frustrate the magnets—or spins—of individual electrons. Many will also be 2D, with layers only a few atoms thick. As an example, Sales pointed to chromium triiodide, with one chromium atom and three iodine atoms.

“That was grown here as a single crystal, but it grows in layers,” he said. “It’s similar to the structure of graphene, except you have chromium. So it’s kind of a magnetic version of graphene in some sense, and it’s very easy to cleave, just like graphene is.”

The group has a variety of methods for producing these materials. One—precipitating the crystals out of solution—is similar to the process of dissolving salt in hot water and then letting crystals form as the water cools. But in the crystals produced by Sales and his group, the material is most often dissolved in something like molten tin rather than water, with a temperature a little over 2,000 degrees Fahrenheit rather than 100 or 120 degrees.

In another production method—vapor transport growth—the ingredients are placed in a sealed quartz tube that’s hotter at one end than the other, and the crystals are allowed to condense from the vapor phase at the cooler end. And in a third method—production directly from a melt—the material is kept just above its melting temperature, and a cooler tip is slowly pulled out of the liquid material, hopefully pulling a large crystal behind.

“We have two instruments that are extremely important to figuring out what the heck we’ve made sometimes,” Sales noted. “One’s an X-ray machine. That gives you how the atoms are arranged, but it doesn’t tell you what the chemical composition is. And then we have a little electron microscope, about the size of a tower computer. That lets us look at things pretty small, but it also has something that analyzes the elements that are there.”

Sales stressed that it’s not necessarily a bad thing if a material the group produces is not what they had in mind, because at this level of research, that unexpected material may actually be more valuable than the one they were trying for.

“The nice thing about Mother Nature is that if you pay attention, sometimes what she gives you may be more interesting than what you were actually trying to grow,” he explained. “That’s happened several times. So it’s important to have an open mind about exactly where the research is going, because sometimes for one reason or another it goes another direction.

“That’s why they call it ‘research.’”