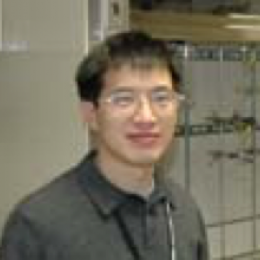 Kunlun Hong grown up in Mainland, China and received his early education there as well. After working at a primary university as a lecturer in Hefei for 4 years, he then moved to the Heart of Dixie and completed his graduate training in Materials Sciences program at the University of Alabama at Birmingham in 2001. He started working at the Oak Ridge National Laboratory shortly afterwards. Now he is a senior R&D staff member at the Center for Nanophase Materials Sciences at the Oak Ridge National Laboratory with a jointed appointment with the Chemical and Biomolecular Engineering Department, the University of Tennessee, Knoxville. His research focus is mainly on the development of well-defined soft materials for energy applications. He is also heavily involved in the development of isotopically labeled monomers and polymers. Kunlun used to be an avid soccer fan; but became one of The Cubbies soon after coming to the States (now just occasionally following them).

The Unexpected Role of Cations in the Self-Assembly of Positively Charged Amphiphiles at Liquid/Liquid Interfaces...

Bromide as the Directing Group for β-Arylation of Thiophenes...