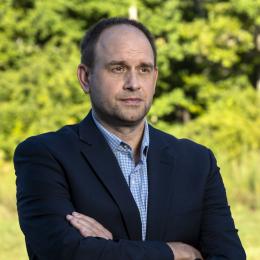 Joe received a Master’s in Civil Engineering at the Fu Foundation School of Engineering at Columbia University in New York City. His academic work focused on engineering mechanics (in cellular mechanics and the utilization of combustion fly ash in concrete). While at Columbia, Joe worked for Steven Winter Associates in South Norwalk, CT where he focused on building materials/product development. Joe received the 2005 Metropolis Next Generation Award and the 2005-2006 Rafael Viñoly Fellow from Rafael Viñoly Architects, NYC.

Upon graduating Columbia, Joe became the project manager for the Building Technologies Group at the Federation of American Scientists (FAS) where he conducted research in new building technologies while demonstrating these technologies in the public sector (under the direction of Dr. Arthur Rosenfeld and Dr. Henry Kelly). Joe’s efforts helped address environmental and energy injustices in energy-efficient, affordable construction. FAS is an DC based advocacy organization with the intent of using science and scientific analysis to attempt to make the world more secure through the public promotion of science – and the freedom/integrity of scientific research. FAS was founded in 1945 by scientists who worked on the Manhattan Project and currently includes over 60 Nobel laureates on its Board of Sponsors.

Joe joins ORNL from National Rural Electric Cooperative Association as NRECA’s Deputy Chief Scientist. At NRECA, he managed NRECA’s federal research program (with funding from DOD and DOE) and research staff who develop new research offerings for NRECA members at, primarily, the Utility Distribution Level to include cybersecurity, modeling, distributed controls, and application of transactive energy concepts. Joe also worked to position NRECA and its members with federal clients and serves as the primary contact to DOE national labs and outside research groups.

SMART TECHNOLOGIES ENABLE HOMES TO BE EFFICIENT AND INTERACTIVE WITH THE GRID...