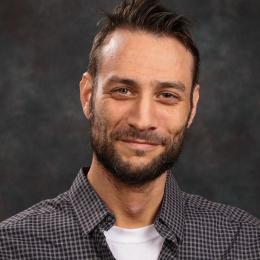 I am a Staff Scientist in the Computational Predictive Biology group. I specialize in analysing the genomic basis of complex traits and applying genomic prediction/selection for rapidly improving crops.

Twenty-first century biological experiments produce exponentially greater amounts of data than ever before. From variant discovery to whole genome gene expression, differential gene expression, methylation patterns, protein abundance, metabolite profiling and phenotypic measurements - every level of the molecular and macro system hierarchy are being measured with increasing fidelity and scale, in multiple tissues and over time courses. Therefore the potential to accurately model the underlying biological system has massively improved, but developing such models is a challenge. I focus my attentions on network analysis, where each form of data is rendered as a network layer and the combined (or Multiplexed) network is jointly traversed by machine learning algorithms such as Random Walks. This provides a platform for knowledge synthesis and discovery from highly complex, interconnected, heterogeneous data -- a 21st century solution for a 21st century challenge.