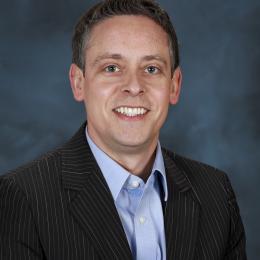 Dr. Claus Daniel co-manages ORNL’s $75M Sustainable Transportation Program, is the founding Director of the DOE Battery Manufacturing R&D Facility at ORNL, and holds a joint faculty appointment with UT’s Bredesen Center for Interdisciplinary Research and Graduate Education. He has demonstrated experience in leading large research and proposal teams including multiple organizations and heavy industry participation. He has developed new research portfolios and grown existing one by several orders of magnitude in research revenue.

Dr. Daniel is a material scientist by training working on processing, manufacturing, and characterization development for automotive systems. He has expertise on industrial and biomedical materials, mechanical and functional properties, surface processing, and laser treatment. He worked at companies such as Robert Bosch and Saint Gobain and collaborated with companies such as Honeywell, Dow, Wieland, Plansee, A123 Systems, and XALT Energy. He holds a PhD from the Saarland University in collaboration with the Max Planck Institute for Metals Research and two M.S., one from the Saarland University and the other from the Lorraine National Polytechnic Institute. He was awarded a number of prizes including the Carl-Eduard-Schulte-Prize from the German Engineering Society, the Eugene P. Wigner Fellowship Award from ORNL, the Werner Köster Prize from the German Materials Society, and others. He is very involved with the National Academies through the Frontiers of Engineering and Frontiers of Science meetings and will give a Gilbreth Lecture in 2016. In 2015, he participated in the Council of Academies of Engineering and Technological Societies Convocation in India.

Dr. Daniel is the editor of the second edition of Wiley-VCH’s “Handbook of Battery Materials”, has published numerous journal publications, and holds several patents and patents pending.

Journal: Journal of the Electrochemical Society