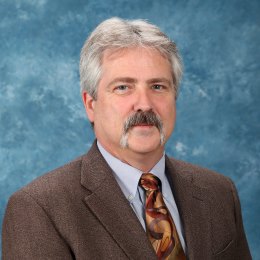 Since January 2009, Dr. Arthur B. (Barney) Maccabe has served as the director of the Computer Science and Mathematics Division at the Oak Ridge National Laboratory (ORNL).  Prior to his appointment at ORNL, he spent over twenty-five years as a member of the Computer Science Department faculty at the University of New Mexico (UNM).  He has graduated eleven PhD's and nine Master's students.  While at the University of New Mexico, Dr. Maccabe also served as the director of UNM's Center for High Performance Computing and as the university's Chief Information Officer (CIO).  His research has focused on the design and development of system software for massively parallel systems.  He was an architect for a series of lightweight operating systems for massively parallel computing systems: SUNMOS (Sandia/UNM OS) for the nCUBE 10 and Intel Paragon systems, Puma/Cougar for the first Teraflop system (the Intel Tflop System at Sandia), and more recently, Catamount for the Cray XT3 (Red Storm) System at Sandia.   Dr. Maccabe has also conducted sponsored research in a wide-range of areas, including: dependence representation for compilers, network intrusion detection, network protocol offload, lightweight file and I/O systems, system software for sensor networks, and virtualization in high end computing systems.

A View from ORNL: Scientific Data Research Opportunities in the Big Data Age