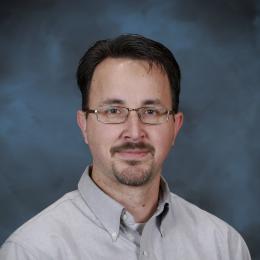 Mr. Godfrey joined the Reactor Physics team in the Reactor and Nuclear Systems Division (RNSD) of Oak Ridge National Laboratory in 2010.  He is primarily responsible for the testing and validation of high-fidelity reactor core simulation tools for the Advanced Modeling Applications (AMA) Focus Area of the Consortium for Advanced Simulation of Light Water Reactors (CASL), the first DOE Nuclear Energy Modeling and Simulation Hub.  During the first five years of CASL, Mr. Godfrey was nominated twice for the CASL ‘Knight’ award for outstanding technical leadership and contribution and was selected to receive the award in 2012.  He was a recipient of the 2014 ORNL ‘Awards Night’ team award for outstanding research accomplishment, and was also recognized for advanced reactor simulations on the OLCF supercomputer Titan with the IDC HPC Innovation Excellence award.  He leverages his decades of  experience with commercial LWR reactor methods and analyses to ensure that the research and development performed by CASL will lead to broad industrial deployment and application of its products.

Prior to joining ORNL, Mr. Godfrey was a member of the advanced methods development team at Global Nuclear Fuel, the nuclear fuel business of General Electric, where he performed design and development of BWR core monitoring software and advanced nodal neutronics methods.  Prior to this position, he was responsible for PWR reactor core design and analyses, and nuclear methods benchmarking and licensing at Duke Energy, primarily supporting the operation and refueling of Oconee Nuclear Station in South Carolina.

Mr. Godfrey earned his B.S. degree in Nuclear Engineering in 1999 from North Carolina State University, and obtained a professional license to practice engineering in the state of North Carolina in 2003.  Outside of engineering, Mr. Godfrey was a member of the 1996 Drum Corps International World Championships finalist Magic of Orlando.  He currently resides in Oak Ridge with his wife and three daughters, and continues to mentor students in their pursuit of excellence in music.

CTF: A modernized, production-level, thermal hydraulic solver for the solution of industry-relevant challenge problems in pre...