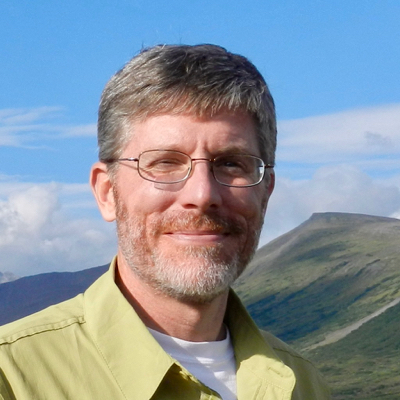 Peter Thornton, section head for Earth Systems Science at the Department of Energy’s Oak Ridge National Laboratory, has been elected to co-chair the AmeriFlux Science Steering Committee, which provides guidance on collaborative efforts across the extensive AmeriFlux Network.

AmeriFlux is a network of more than 110 sites across North, Central and South America that are managed by principal investigators, or PIs, focused on measuring ecosystem CO2, water and energy fluxes. Managed by Lawrence Berkeley National Laboratory for the DOE Office of Science’s Office of Biological and Environmental Research, the program provides insights into crucial links between terrestrial ecosystem processes and climate-relevant responses at local, regional and continental scales.

Thornton has served on the AmeriFlux Science Steering Committee since 2014 and has collaborated with AmeriFlux site PIs throughout his career to combine observations and modeling for improved understanding of land ecosystems. In his new role, he’ll serve a three-year term, partnering for the first year with current co-chair Marcy Litvak of the University of New Mexico.

“Peter brings a wealth of experience to this new role,” Environmental Sciences Division Director Eric Pierce said. “Some of his most impactful work has been carried out in collaboration with the AmeriFlux community, and he understands the value of these data in informing and improving predictive models.”

Thornton’s research is focused on building a predictive understanding of Earth systems. He studies the interactions of land ecosystems with other segments of the global climate system, including biogeochemical and physical feedbacks between the land and atmosphere and interactions with human systems. He applies a model-experimental coupling, or ModEx, approach to this research, using observations, experiments and modeling in an iterative loop to continually improve predictions about our changing world.

“I’m looking forward to expanding the ModEx vision within AmeriFlux and helping to guide the future development of the network and its application to answer pressing science questions,” Thornton said.

“AmeriFlux sites provide information across all of the major biomes in the Americas, and the site PIs are incredibly knowledgeable about the local biophysical and ecological systems,” he said. “With this breadth of coverage and depth of knowledge, we can make tangible improvements in our ability to predict the future state of these systems.”

Thornton is the deputy director for ORNL’s Climate Change Science Institute, and he’s been recognized as a Highly Cited Researcher for the past several years by Web of Science. He holds a doctorate in terrestrial biogeochemistry from the University of Montana and joined the ORNL scientific staff in 2008. He also serves as a mentor to several technology projects within the Oak Ridge Public Schools and as a board member for the Oak Ridge Public Schools Education Foundation.