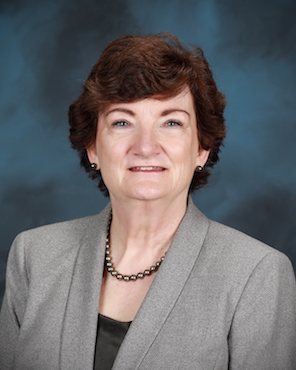 Deputy for Science and Technology

As Deputy for Science and Technology, Dr. Buchanan oversees one of the nation's most extensive portfolios of research and development, spanning physical and materials sciences, energy and engineering sciences, computing and computational sciences, biological and environmental sciences, neutron sciences, and global security, for the U.S. Department of Energy and other sponsors.  Before assuming her current position in October 2017, Dr. Buchanan was the Associate Laboratory Director for Physical Sciences for more than a decade.  She served as director of the ORNL Chemical Sciences Division from October 2000 to November 2004 and as associate director of the ORNL Life Sciences Division from January 1999 to September 2000.  She initiated the Center for Structural Molecular Biology at ORNL, serving as its director from 1999 to 2003, and led the Organic and Biological Mass Spectrometry Group in the Chemical and Analytical Sciences Division (now the Chemical Sciences Division) from 1986 to 1999.  She joined ORNL in 1978 after earning a B.S. in chemistry from the University of Kansas in Lawrence, Kansas, and a Ph.D. in chemistry from the University of Wisconsin in Madison, Wisconsin.

Dr. Buchanan is the author or co-author of more than 150 scientific publications and reports, holds two patents, and was editor of a book on Fourier transform mass spectrometry.  She was North American editor of Biological Mass Spectrometry and has served on the editorial boards of Analytical Chemistry, Organic Mass Spectrometry, Journal of Mass Spectrometry, Biological and Environmental Mass Spectrometry, and Fresenius' Journal of Analytical Chemistry.  She received an R&D 100 Award in 1986; ORNL Technical Achievement Awards in 1985, 1989, and 1993;  UT-Battelle awards for R&D Leadership in 2000 and 2002; and the Knoxville YWCA Tribute to Women award in science and technology in 2003.  She received the 2019 Ellen Swallow Richards Diversity Award given by TMS, the Minerals, Metals & Materials Society.

Dr. Buchanan is a Fellow of both the American Association for the Advancement of Science (AAAS) a Fellow of the American Chemical Society (ACS).  She currently serves as a councilor for the Division of Analytical Chemistry (DAC).  She currently serves on the Board of Directors for Brookhaven Science Associates, Oak Ridge Associated Universities, and the Oak Ridge Methodist Medical Center.  Over the past decade she has worked at the national level helping define basic research needs in a number of key energy-related areas.